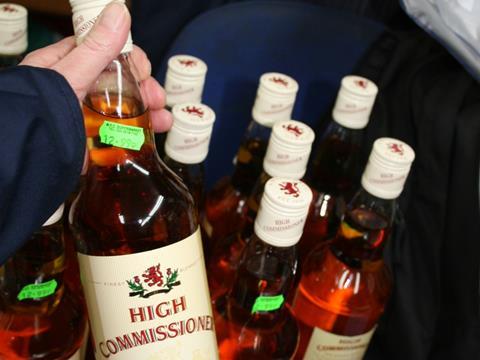 HMRC has seized thousands of litres of illicit alcohol

The Federation of Wholesaler Distributors has urged retailers to ensure they are buying from legitimate wholesalers, after a spate of HMRC raids on independents yielded thousands of litres of illicit alcohol.

The FWD has warned retailers to be on alert after authorities seized non-duty paid alcohol in London and Burton upon Trent, putting retailers’ licences at risk.

“We would prefer to see HMRC shutting down the operators who are selling non-duty paid stock rather than targeting retailers,” said CEO James Bielby. “However, ignorance is no defence for engaging in criminal activity.”