Has the craft beer craze crested? 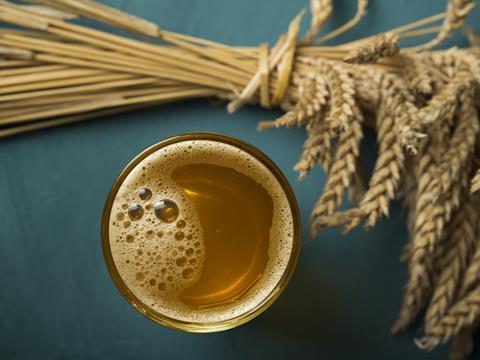 Quirky beer styles are yesterday’s news, and it’s becoming harder for smaller brands to make waves in the brewing industry

Craft beer’s long day in the sun may yet draw to a close, if its recent stateside showing is anything to go by.

As much as we Brits love a smug chuckle at the expense of our cousins across the pond (low-hanging fruit, given the current state of the White House), its food and drink market is generally a good bellwether for our own when it comes to emerging consumption and shopping trends.

Remember the unbearable pulled pork plague of 2015? For a long time it felt like every brioche bun from Land’s End to John O’Groats had been filled, by official edict, with the over-hyped meaty mess.

Or the New York-born madness for – sigh – ‘unicorn food’, which is currently doing a fine job of turning otherwise respectable baked goods into migraine-inducing nightmares that wouldn’t look out of place on the cover of a Grateful Dead vinyl.

So the news that the number of beer SKUs available across the US retail sector has fallen into a 3.4% decline (from 13,238 to 12,786 for the 52 weeks ending August 31, according to Consumer Edge Research – and reported on the MillerCoors US blog, Behind The Beer) should be of mild alarm to the nation’s indie brewers – especially those toasting recent success in the mults.

British craft beer is arguably the best it’s ever been. The problem is there’s just so damn much of it. Every other minute it seems like a fresh, trendy brand is launched. Market saturation is reaching unholy levels. And as some big booze brands found out earlier in the year, when the likes of Tesco and Asda ruthlessly slashed away at overextended product ranges and useless SKUs, too much choice can be a bad thing.

Admittedly, the UK’s craft market is still booming, and its biggest brands – Camden, BrewDog and Lagunitas, for instance – have earned their place alongside supermarket lager stalwarts thanks to surging value sales (and, in the case of Camden and Lagunitas, being bought by brewing behemoths).

But it’s getting harder for smaller brands to make waves. Quirky beer styles are yesterday’s news, and with prices falling on supermarket craft beers, there’s less incentive for shoppers to try newer, potentially more divisive products. Why splash out £4 on a can of untested microbrew when you can get four Punk IPAs on a multibuy?

Perhaps I’m being too pessimistic. The influx of craft into the mults and the establishment of ‘supermarket craft’ as a category in its own right does, after all, leave a serious gap in the market for independent retailers to consolidate their hold over the nation’s more evangelical beer fanatics. There’s certainly no shortage of those, and they’ve shown time and again that they’re willing to pay a higher price for what they consider a superior brew with genuinely independent credentials. The widening gap between craft beer in the supermarkets and the bottle shop/independent market could ultimately benefit the beer trade.

But the message from the US is that rationalisation could well be on the way. Category directors have nothing to lose from experimenting with their ranges – they can sit, watch which brands generate enough value to stay on shelf, and bin those that don’t with impunity.

Craft beer may have gone mainstream, but if its legion of brands really want to compete nationally they may soon have to start thinking about how to stay vital.