Hip hops: why UK brewers are flocking to the US West Coast

The hop process from bine to bottle 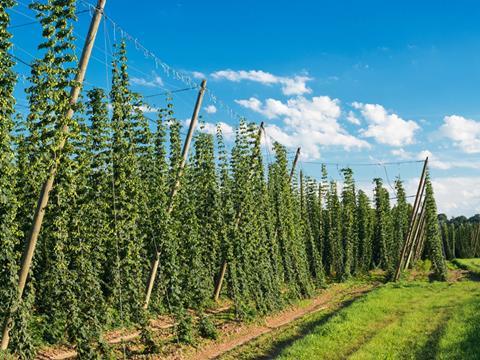 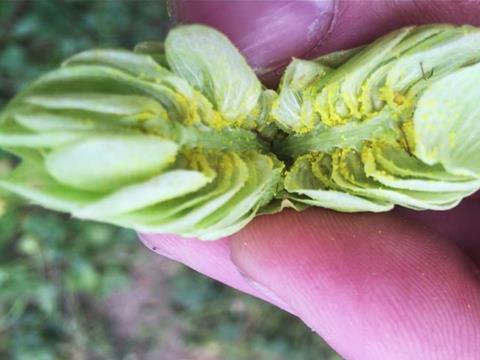 2. See all that yellow powder? That’s hops’ magic, lupulin, which gives them their bitter taste. Once lupulin levels reach the right level, the harvest begins 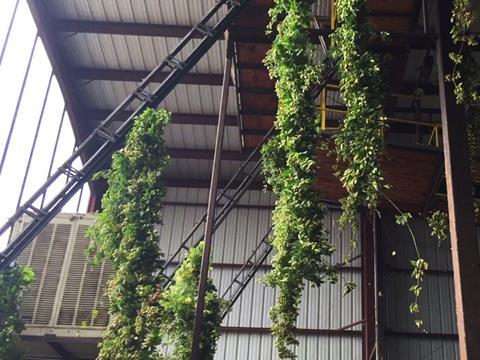 3. Once picked, the hop flowers are separated from the bines 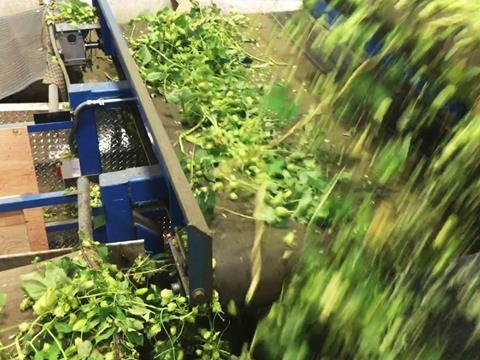 4. The hop industry is mechanising fast. New plants can be operated by just one worker, compared with the six required to oversee older facilities 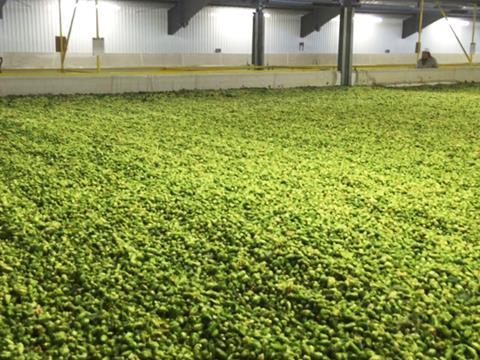 5. The hops are dried in kilns 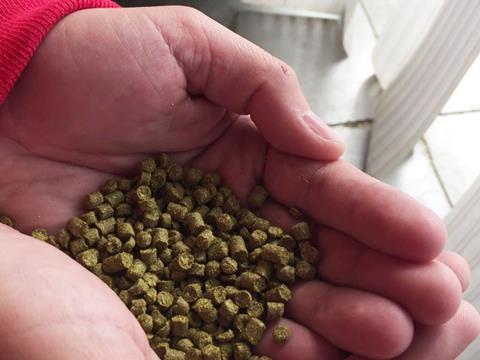 6. The majority of the US hops imported by the UK are in pellet form 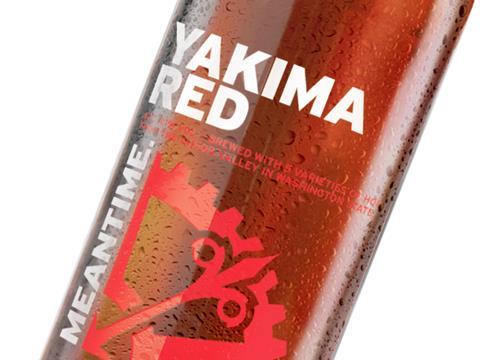 7. US hops’ tropical fruit flavours give beers like Yakima Red their character. It uses five US varieties: Centennial Cascade, Amarillo, Simcoe and Citra

I’m in Washington State with a bag of pungent green herbs. It stinks to high heaven: a heady mix of citrus, berries, pine and something more suspicious. Back home, I’d have some explaining to do if the cops stopped me.

Relax, I’ve not turned drug mule. These are hops, not pot, though the two are related (and pot’s been legal here since 2012). I’m on the hop run, an annual pilgrimage to the Pacific North West made by growing numbers of British brewers. Why here and not Kent?

US hops are hip right now. The UK imported 3,555 tonnes last year [HGA], representing growth of 139.5% since 2001. The US is now the world’s biggest hop grower. Seventy per cent of US hops are grown in Washington. The epicentre of the industry is Yakima Valley, an irrigated desert 150 miles west of Seattle.

The hops here are so good that London’s Meantime Brewing Co named a beer after the area: Yakima Red, made with five local varieties. “We’re here to look for American hops: big, bold and brassy,” says Meantime brewmaster Ciaran Giblin. “We use hops from all over the world; we use hops from Kent, America and Germany.

“Yakima Valley is where certain varieties flourish. These hops are specific to this area. It’s a little bit like wine with terroir. Yakima produces some really interesting characteristics like the big, mango, tropical fruit flavours. It’s really important that we come out and select our hops as that gives us the opportunity to be the first to select the best hops.”

Ciaran’s not the only one chasing hops out here. The conversation in downtown Yakima’s bars in September have a familiar accent. Everyone from big multinational brewers to craft players such as BrewDog and Oakham Ales are doing the rounds. They’re here because of the huge changes taking place in British beer drinking culture.

“US hop acreage is now the biggest in the world, having overtaken Germany a couple of years ago,” says Paul Corbett, MD of UK hop merchant Charles Faram. “That’s because of the craft brewers. American-style IPAs are the fastest growing part of the industry in Britain and brewers are coming here to buy the hops that give that style of beer its flavour.”

US inspired craft beer is booming in Britain. The country’s top 10 craft beer brands’ combined sales through the supermarkets have leapt 51.9% to just shy of £40m in the past year [Nielsen 52 w/e 23 April 2016]; in the on-trade sales are growing at an even faster rate. That’s in a market that’s seen overall take home sales remain flat and on volumes up 1.7% [Kantar Worldpanel 52 w/e 19 June 2016].

American IPAs are not to be confused with lagers such as Budweiser or Miller that the US is often associated with, or the English-style IPAs of the likes of Greene King. These beers are strong (usually at least 6% abv in the States), fruity, bitter and typically contain about six times the hops of a Bud or a Miller. The US craft revolution began in the 1970s when drinkers, disillusioned by the ubiquity of Bud, began brewing their own. These pioneers went on to launch brands such as Sierra Nevada and Samuel Adams Boston Lager.

Samuel Adams and Sierra Nevada are now the UK’s fourth and fifth biggest craft brands [Nielsen], with off-trade sales worth nearly £6m and up in both cases by more than 60%. “Samuel Adams is now the UK’s number one US craft lager,” says Claire Young, off-trade controller at Shepherd Neame, the brand’s UK brewer. “You only have to look at the proliferation of craft ranges in the off-trade to see this is a category in strong growth.”

That’s because fashion is going full circle in the US. With craft beer dominated by big, bold IPAs, demand is growing for milder beers. Britain, which exports about 50% of its hops to the US, produces hops with lower levels of the compound myrcene, giving more delicate aromas and greater complexity. Perfect for the type of beer Americans are increasingly turning to, says Meghan Quinn, president of Yakima Valley’s Bale Breaker Brewing. “There’s definitely growing interest in pilsners and session ales in the US. We did a really nice pilsner that was really popular.”

But big hops are still exciting UK brewers, and drinkers. “While we’ve been out here we’ve found some great mosaic hops, which we haven’t used before,” says Giblin. “Mosaic is a powerful hop that gives an intense tropical fruit flavour that pulls through lots of berries, lychees, pineapples and mangoes to create a really hoppy, fruity beer.”

Meantime is now setting its sights on the off trade. Expect to see more ‘tropical fruit’ ales in the future.