Britain's favourite whisky brand is no longer a Scotch 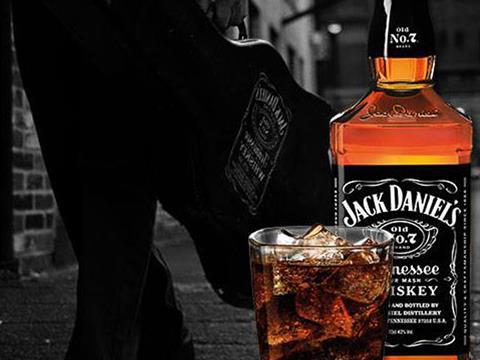 The price of Jack Daniel’s has itself declined by 6% in the past year. Stephens says price drops and featured space deals at key periods such as Christmas and Father’s Day, increasingly on one-litre bottles, have been crucial to growth, but points to other macro factors playing to the brand’s strengths.

“People don’t want to drink what their fathers drank,” said Stephens. “There is a broader interest in Americana. Positive cultural associations with America are coming through in casual dining trends. Woodford Reserve, Buffalo Trace and Bulleit and other American whiskeys are benefiting from this.”

The combined value of these ‘craft’ bourbons - included in the first-ever top ranking of craft spirits and craft beers - has doubled to £6.4m. “We’ve been growing Bulleit Bourbon in the on-trade for a number of years and are now looking to build it in the off trade,” said Diageo off-trade sales director Guy Dodwell.

Heineken MD David Forde said the decline of Scotch and growth of American whiskey was a sign of the times, following the Brexit vote, reflecting a polarisation even when it comes to whisky. “There’s a lot of emotion in the market and emotion invariably translates back into brand choice. To what extent are people going to embrace British brands versus international brands? Is there a split taking place along the Brexit/remain divide?”