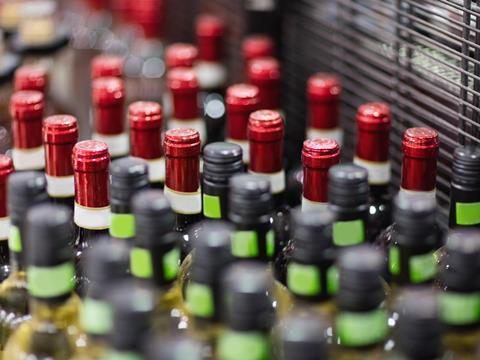 Wine prices look set to surge, as UK suppliers warn they face “dire” cost hikes thanks to a shortage of glass bottles.

One senior source called it “worse than a ‘gun to the head’ situation” and that it was “like nothing we’ve seen”. They said they had been told hikes were coming before Christmas but that actual increases had been far higher than warned.

“The question for us is not even price but getting hold of the stuff – we have been told that some manufacturers may not even supply us because they are moving into proprietary bottles and spirits.”

Kingsland Drinks MD Andy Sagar said Kingsland had faced “double-digit” increases. “For the first time in over 20 years suppliers are advising that they cannot accommodate new business and in some cases want to reduce their commitment. Capacity is also tight in mainland Europe and the weak pound means that glass is more expensive to import even when it is available.”

There had also been “an increase in demand for beer in glass bottles due to the adverse publicity surrounding plastic containers”, he added. “Increased manufacture of products to try and maintain availability due to Brexit is another key factor at present. All these just compound the situation.”

A spokeswoman for British Glass, which represents the UK’s glass industry, said bottle manufacturers were the wine bottling industry was “flourishing” as the industry grew and more brands chose to produce their bottles in the UK.

“That does of course have an impact on supply and demand, and “investing hundreds of millions of pounds in new furnace capacity. However, due to the length of furnace life, often 25 years, it is a slow process”.

Premium spirits were significantly more profitable than wine bottles to make, Broadland Wineries CEO Mark Lansley told The Grocer. “It takes a long time to adjust capacity upwards for bottle manufacturers, so demand is far outstripping supply, and manufacturers make a lot more money from gin bottles – Wine bottles are often half the price [of spirits]. So they are “moving wine down their list of priorities”.

Wine suppliers would likely have little choice but to agree to higher prices, the first source added. “And then we will have to do our best to pass some of that on”.

Thus retail prices were likely to rise, added Broadland’s Lansley. “There is so little fat between the consumer and the wine producer. We’re into the realms of overhead recovery rather than margin here

“As wine consumption starts to pick up around March to May, that’s when you are going to see gaps on the supermarket shelves or brands going into different bottles than usual.”