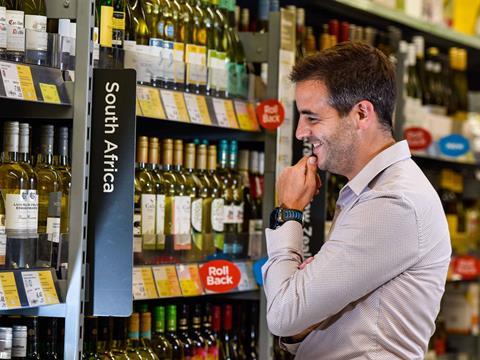 Morrisons, Sainsbury’s and Tesco all slashed their promo activity on alcohol this year

A cutback on booze deals drove a significant drop in promotional activity across the mults last month.

Morrisons, Sainsbury’s and Tesco all slashed promotional activity significantly compared with last year, with the number of featured space promotions falling by 12.7%, 21.8% and 13.3% respectively compared with the same four-week period in 2016 [4 w/e 1 October 2017].

Waitrose also cut its promotional activity by 7% year on year, while the Co-op slashed the number of deals by 5.8%. Only Asda upped the total number of promotions in its stores, up by 4.1% on last year.

Booze took the brunt of the cuts, with the number of supermarket deals on wine slashed by 34.5%. Spirits deals fell by 15.8% and beer and lager offers were down 30% year on year.

Only the Co-op offered more deals on wine than last year, with the number of offers up by 40% in stores. Asda, Morrisons, Sainsbury’s and Waitrose all cut wine promotions considerably.

In better news for shoppers, average savings on wine were up by 2.9 percentage points to 28.6%, while beer and lager savings remained steady at 15.8%. This reflected a wider increase in average savings across grocery last month, with most of the major supermarkets offering better deals.

“The best average saving of 34.8% can be found in the Co-op, whilst Asda and Sainsbury’s offer savings of just 27.7%,” says Assosia director Kay Staniland. “However, the Co-op comes bottom for alcohol savings at 2.5% below the retailer average of 22.4%.”