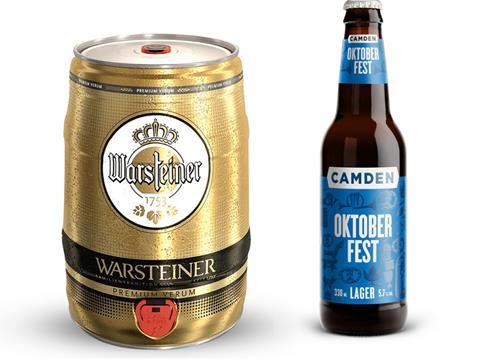 Waitrose is upping its beer offer to tie in with Munich’s Oktoberfest, including an exclusive brew by Camden Town Brewery.

They will roll out from 20 September until 10 October (while Oktoberfest itself will run in Germany from 16 September to 3 October).

Camden’s exclusive beer had “a rich, nutty flavour and a dry finish” said Waitrose. It was “best served in a big stein, with a lot of foamy head” added the brewery.

This marks the second limited-edition beer launched by Camden in to national retail in a month. It launched seasonal beer Strawberry Hells Forever into Ocado in August.