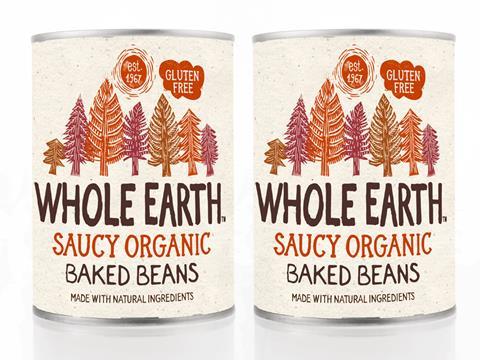 Where: Canned beans and pulses

Why: Canned beans’ value sales decline slowed last year, falling just 0.5% after the 4.9% slump of 2016. The sector is currently worth £299m [Nielsen 52 w/e 9 September 2017]. One of its smaller players is Whole Earth, a brand better known for its nut butters. Per 100g, its baked beans are higher in calories and fat than regular Heinz Beanz, but have less sugar and more protein and fibre. They are sweetened with apple juice and have no added sugar - unlike the Heinz product.

Consumer verdict: Our shoppers were largely ­disappointed pre-trial, and their disillusionment grew upon testing, with three-quarters claiming there were better baked beans available. Our consumers described the Whole Earth product as “hard” and “dry”. They were “awful”, with a “very earthy flavour”. The premium price point was also off-putting. In spite of scoring 10 points below the category average, the beans had their defenders, who praised the “healthy, natural” appearance, “nice flavour” and “good texture”.