The Apprenticeship Levy: not passing the test so far? 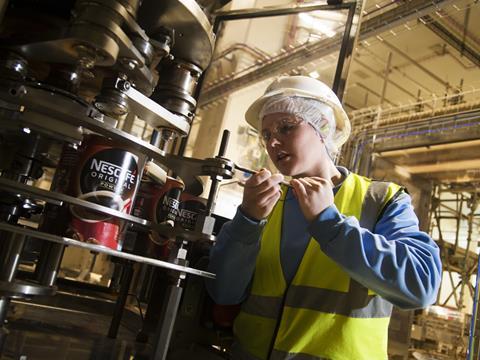 In April, the government kicked off the Apprenticeship Levy with the lofty aim of creating a new generation of apprentices. It has been greeted with uncertainty and indifference. It sought to make sure there were apprentices in businesses of all sizes by obliging companies whose annual payroll is in excess of £3m to pay a 0.5% levy for training, while smaller employers make a 10% contribution to the cost of each apprenticeship and get government funding for the rest.

Yet a survey conducted by the British Chambers of Commerce and Middlesex University revealed 23% of firms large enough to pay the levy had failed to understand the scheme. And 66% of smaller companies eligible for funds had either not taken action to use the funds, or worse, did not know they existed.

Add to that some disappointing figures on new starters for apprenticeships - there were 43,000 between May and July, down from 113,000 on the same period last year - and the picture is looking pretty bleak. So why has this happened and what will it mean for the food and drink industry?

Dwindling apprenticeship numbers are of particular concern for food and drink. The manufacturing side alone employs 400,000 people across 6,620 businesses, and an additional 3.9 million jobs are reliant on the UK food chain, but this talent could soon dry up. “A third of the 400,000 strong workforce is set to retire by 2022,” says Selga Spearman-Havard, the policy manager for industrial strategy, skills and employment at the FDF. “We’ll need about 140,000 more people just to stand still..”

Furthermore, following the Brexit vote, the fate of the 130,000 non-UK nationals who work in food & drink hangs in the balance and many are already leaving (see p14). but with the population set to top 70 million in under a decade, according to the Office of National Statistics, demand for food and the skilled employees needed to replace experienced retirees has never been more acute.

The industry has to fight hard for new talent, so any drop in numbers will be particularly concerning.

Spearman-Havard argues that while the aeronautical and automotive industries are always cited as exciting careers, the way food technology is taught in schools gives most school leavers scant awareness of the potentially lucrative job prospects.

It is estimated that the Apprenticeship Levy will raise £2.8bn for the Treasury

An estimated 2% of employers will pay it

Businesses with a payroll in excess of £3m pay 0.5% of their annual pay bill towards the levy

Business under the threshold pay 10% of apprentice costs

“Our industry has an image problem,” she says. “There are some profound challenges around getting people interested in STEM (science, technology, engineering and maths) and even then we have to fight it out with other sectors.”

If numbers are to come back up, the levy may have to undergo reform. As Spearman-Havard says, there have been unintended negative consequences; especially for the food & drink companies that previously met their training needs internally or through smaller, more bespoke providers.

“Our members have always tended to upskill their own people, in return for which those people are very loyal. It can be difficult to get a critical mass of learners together to run a specific, targeted course because of the geographical separation of many of our members.”

An increasing number of companies are finding that, far from encouraging vocational training, the levy payment is absorbing money previously earmarked for that very purpose. People run the risk of being placed on generic courses of uncertain value purely to spend the levy and then lacking funds for more specific training.

“Many of our members are medium-sized businesses and are finding that the payment takes up their whole training budget,” says Spearman-Havard. “It only pays for the training itself and other costs that surround that, such as the salary paid to the apprentice, are not covered. More seriously, there are only certain places in the UK offering sector-specific training. If you want to send your apprentice on block release to learn about dairy, a course that may well not be taught in your area, the company has to pay for those additional costs themselves and many are worried about the implications. If there was an allowable expenses regime or funding pot that companies could access, that would help.”

Some companies are so disillusioned they are even using the levy to fund further training for senior managers. According to an FT article this month, 61 out of 67 students on the part-time executive MBA course at Cranfield University were funded by levy money.

There are some grounds for optimism. The government is rumoured to be talking about making the scheme more flexible, and has already increased the amount of time available to spend the funds from xx months to 24 months.

This flexibility will be key to its success, says Jane Gratton, head of business environment and skills at the British Chambers of Commerce. “The way the scheme has been designed is a problem. Employers feel as though this is a tax on employment, and it’s very restrictive. The best people to tell what training people need are the businesses themselves. So they should be able to decide how and when it is used.”

The BRC seems of a similar mindset and chief executive Helen Dickinson said the “lack of flexibility in what the funds can be spent on is preventing retailers from making the most of apprenticeships”.

The government seems determined to make the levy a success, however, and says it will “continue to work with employers, showing them how they could use their funds for training”. Greater understanding and flexibility could help. But as the food & drink industry faces a massive skills gap, remedial action will be needed fast.