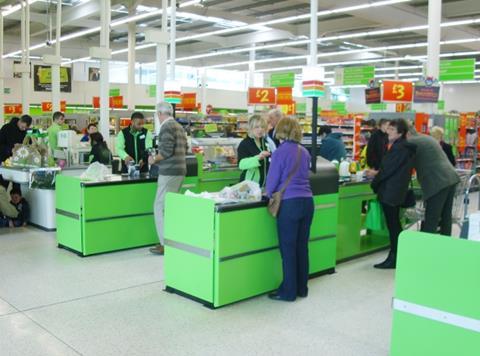 Asda will increase the number of hybrid tills in its stores by more than two thirds over the next two months in a bid to reduce queue times, CEO and president Andy Clarke has revealed.

The retailer first introduced the hybrid till - which can be quickly switched from a checkout operated by a member of staff to a self-service till - in summer 2012 and currently has 185.

As he unveiled weak Q4 results last week, Clarke said Asda would introduce 130 more hybrid tills by the end of April. The tills enabled the retailer to meet different levels of demand, he said.

“These tills are a big part of our journey in improving stores. The hybrid tills offer flexibility as they can switch based around footfall and are helping to reduce queue times.”

“It must surely only be a matter of time before Asda’s rivals roll out something similar with Morrisons in particular receiving a lot of complaints recently about long queue times,” he said.