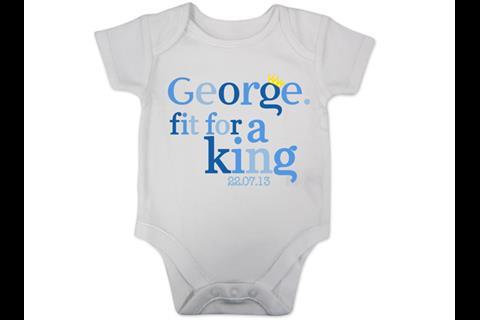 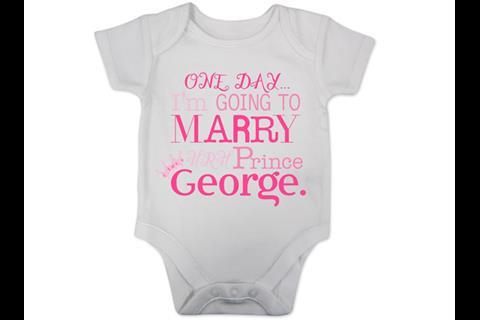 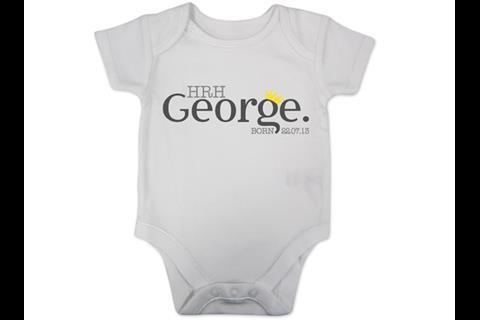 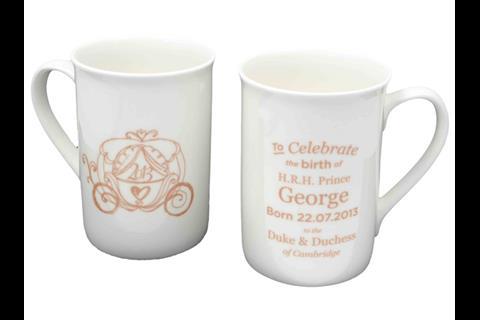 Asda has paid tribute to the new Royal baby by regally rebranding its clothing arm George.com.

The website will temporarily switch its trademark black letters to blue and the letter ‘O’ will be crowned in honour of the little prince, who was last night named George Alexander Louis by the Duke and Duchess of Cambridge.

Online shoppers will also be greeted with the message: “Congratulations Wills and Kate from one George to another.”

In pictures: Royal baby sparks retail frenzy to share in the good news

From special offers and adverts to free nappies and Royal rebrandings, retailers have been marking the birth of the Duke and Duchess of Cambridge’s first child.

George.com reported a surge in hits as ‘George’ was Googled by millions around the globe upon announcement of the baby’s name.

“George has been Asda’s baby for the last 22 years, it’s a name fit for a king. Well, they couldn’t really call it Nutmeg,” a George spokesman said.

The retailer has also launched a commemorative porcelain mug (available in-store and online) and a limited-edition collection of commemorative babygrows (available online only) featuring the slogans ‘’George fit for a future king’, ‘HRH George’ and ‘One day I’m going to marry Prince George’, priced at just £4.

However, the regal garments received a mixed reception on Asda’s Facebook page, which posted a picture of the outfits with the question, ‘which do you like best?’

Despite attracting almost 3,500 likes, a number of users described the outfits as “tacky”.