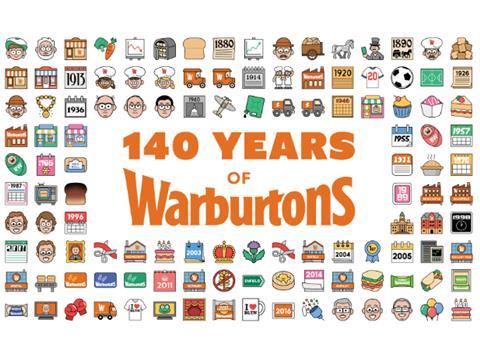 Warburtons is continuing to mark its 140th anniversary with the launch of a social media campaign, #140Years, which celebrates the brand’s history in 140 emojis and gives Twitter users the opportunity to win £140 every day from a trivia challenge that offers emoji-based clues.

The birthday promotion – which makes use of Twitter’s new and interactive Conversational Ad function – follows the release earlier this year of a celebratory gold flash on some of the bakery’s top-selling SKUs.

“The Warburton family is enormously proud of its history,” said Sally Stanton, head of marketing. “We wanted to do justice to our story, and what better way of celebrating the past than by communicating it in the world’s newest, fastest-growing language?”