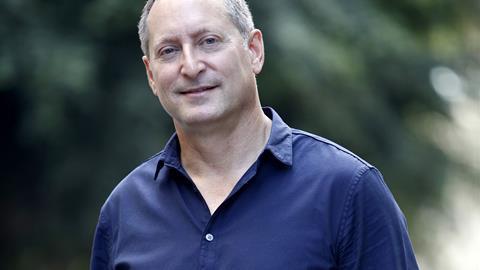 How SodaStream's CEO is battling the plastic crisis

SodaStream was bought by PepsiCo last year for £2.4bn. Still, its chief executive insists his focus isn’t on making money. He’d far rather save the planet

“I wake up in the morning to save turtles,” says Daniel Birnbaum. He’s smiling, but he’s not joking. The CEO of SodaStream is passionate about environmental sustainability - specifically the elimination of single-use plastic.

In fact, it’s hard to get him off the subject. It’s why he’s flown to the UK from SodaStream’s base in southern Israel. Birnbaum is to make the keynote speech at the Telegraph Plastic Sustainability Summit in London, sharing a stage with the likes of Michael Gove and Procter & Gamble principal scientist Gian De Belder.

Birnbaum’s message, he says with a dry chuckle, will be “buy a SodaStream” - because doing so will help save the Earth from the scourge of plastic. “I don’t know another solution that provides a bubbly beverage in a way that does not contribute to plastic waste.”

And it’s not just soft drinks. New York-born Birnbaum is a true evangelist for reusable plastic. He believes the planet could cut plastic waste in half “tomorrow” by dropping single-use bottles, bags, straws and cups.

“I’m preaching to people around the world that it’s not only about bottles. It’s about anything that’s single-use plastic: if there’s an alternative we should do what we can to eliminate it from our lives.”

By coincidence, the SodaStream chief’s UK visit has come only a few weeks before his company launches its My Only Bottle - a reusable plastic bottle that slots straight into a SodaStream home carbonation machine and so can be used on the go. “Make it affordable, please,” he says to Tiago Alves, SodaStream’s UK general manager, who is sitting silently nearby. “Everyone should have one. It’s not about making money; it’s about saving turtles.”

While profit may not be Birnbaum’s chief motivation, he isn’t short of a few quid. He’s believed to have made as much as $61m (£46.4m) after PepsiCo announced last August it had bought SodaStream for £3.2bn (£2.4bn) in a bid by the US giant to expand its portfolio of greener and healthier solutions. Birnbaum won’t discuss his personal wealth, but will tell the story of his company’s sale.

In a meeting in London in July, Indra Nooyi, then PepsiCo’s chairman & CEO, asked to buy SodaStream with Birnbaum remaining at the helm. He agreed, on the condition that the company continue its sustainability work and that he could still “have fun” (he clearly loves his job, working all but a couple of days a month). Nooyi agreed to both conditions.

SodaStream’s sale completed in January. The ease of the process was surprising only insomuch as that Birnbaum has been so publicly critical in the past of soft drinks giants for their use of single-use plastic. But he insists PepsiCo is sincere about being more sustainable. “They’re doing all sorts of things in that area. The proof is they acquired SodaStream.”

The acquisition was PepsiCo taking “the ultimate step” says Birnbaum. “It’s a disruptive step for their business; we’re challenging their whole business model, because you don’t need their flavours and their cans and bottles when you have a SodaStream. They had the courage to disrupt themselves, knowing that if they didn’t, someone else would disrupt them. So I give them a lot of credit for what they’ve done.”

We shouldn’t expect Pepsi-branded SodaStream syrups any time soon though. The Israeli business is focusing on its positioning as a sparkling water brand, says Birnbuam. But its existing syrups will match PepsiCo’s quality thanks to the vast resources of the US supplier.

“We have access to the best of PepsiCo, which is R&D, flavour technology, financial resources to expand quickly and promote ourselves - and they are very eager to accelerate our growth and keep on doing what we’re doing. Which is what makes it exciting for me.”

Nooyi has since made way for Ramon Laguarta as PepsiCo CEO, but the company has kept her word, Birnbaum says. “They’re telling me to grow faster.”

Ultimately it’s his wish that “everyone” own a SodaStream machine. He wants them to be in every home and office. The brand is currently seeking hotel chains keen to get the machines into their rooms.

The politically outspoken Birnbaum believes it will further Arab-Israeli amity. SodaStream’s existing plant in Israel is less than 14 miles from the border with the Palestinian territory. It employs around 2,200 people, about half of them Jewish and the rest Muslim. “And we all get along. At SodaStream, we manufacture peace every day. We wanted to amplify that message of hope - and give the Gazans real jobs. Where there’s prosperity, there can be peace for Israel as well as Gaza.”

Wherever it may be, a second plant is necessary for the company, which says it’s facing such demand that it’s unable to fulfil orders in some countries for machines, gas and bottles.

“We’re already the largest sparkling water brand in the world by volume - more than double San Pellegrino and Perrier combined,” says Birnbaum. Not that he sees these Nestlé brands as competition. In fact, asked what he makes of rivals, he responds brusquely: “What would be a rival brand?”

In the UK, he anticipates a return to the brand’s heyday of the 1970s and 1980s, when about 40% of homes had a SodaStream machine. “In those days, it was about fun - it wasn’t very healthy - and now it’s about sparkling water and sustainability.”

After years of being seen as rather kitsch, the brand has benefited recently from a repositioning as an eco-friendly and healthy alternative to single-use SKUs of sugary pop. It has emphasised its reusable bottles and dropped its ‘Get Busy with the Fizzy’ strapline in favour of ‘Water Made Exciting’.

Potted CV: Began as a brand manager for P&G in the early 1990s. Then took over as head of SodaStream in 2007 after three years as CEO of Nike Israel

Best career decision: Leaving Nike for SodaStream when it was nearly bankrupt. Everyone thought I was crazy

Worst career decision: Selling my dog grooming business when I went to college

Best piece of advice received: “You can never go wrong doing the right thing.” From my father or Mark Twain