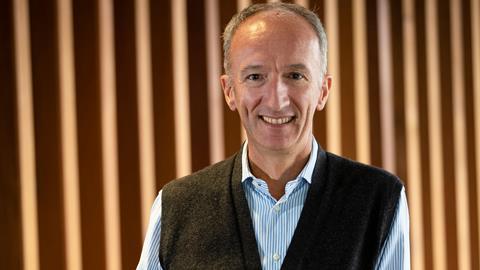 Nestlé’s UK & Ireland CEO Stefano Agostini fears logjams and the threat of tariffs but is still investing millions in the ‘dynamic’ British market. Here’s how

In some ways, little has changed since Stefano Agostini took Nestlé’s top UK job back in the summer of 2017. When he made the move from the Sanpellegrino brand, the country was embroiled in a divisive general election campaign amid chaos and confusion over Britain’s exit from the EU.

Two-and-a-half years later, the country is stuck on repeat. So Brexit has inevitably dominated a fair chunk of strategic thinking under Agostini’s tenure. He and his team are at the frontline of battling and interpreting the uncertainty on behalf of the world’s biggest food and drink company. The flow of goods between the UK and Ireland, for example, is one particular challenge.

With 100% of its products sold in Ireland from the UK, “we have to keep the same speed of movement of products across the border and we cannot have Ireland paying tariffs as it would have a huge impact on consumption and the Irish consumer,” he explains.

“We cannot have a frozen period for our business where we stop operating in the normal way - we have to keep products freshly available and in store so the movement of goods has to be as flawless as before.”

In preparation, the team has drawn up plans including investment in stock and extra warehouse space, and looked at how it can redeploy people and make supply chain tweaks to mitigate short-term disruption.

Like many, Agostini is craving certainty. “Having a Brexit agreement will be a big relief so we can look forward without this kind of problem.”

Against this backdrop, you could forgive Swiss HQ for holding fire on UK investment. However, Agostini is keen to stress that political stalemate hasn’t halted progress. He champions the UK as a “great market we want to keep investing in and trust into the future”.

It’s not just words. He points to the fact UK sales have returned to growth over the past three years, thanks to “renovating our core portfolio” through marketing, product improvement and innovation. The gains in the UK and Ireland business are part of a wider turnaround drive at Nestlé under global CEO Mark Schneider, who took his role a few months before Agostini shifted jobs.

Pets: Not right now, yes in the past and in the future.

Business mantra: Keep your eyes on the stars, and your feet on the ground.

Best piece of advice, given or received: Focus on what matters and be yourself.

Despite pressure from activist investors, Schneider has been able to hold off calls for radical cost-cutting. Instead, he is trying to improve the bottom line and create organic growth by shedding non-core brands and capitalising on higher-growth categories.

He’s clearly doing something right. Earlier this year, the group announced organic sales growth for the first time in seven years. Now this blueprint is being used in the UK.

Admittedly, there have been some cost-cutting measures over here. Most notably, Nestlé’s decision to shift the manufacturing of its Blue Riband chocolate biscuits from the UK to Poland. Agostini acknowledges a need to “keep working to improve our competitiveness, manufacturing at lower cost, but higher quality”. However, the overriding strategic focus is “very much investing behind the brands and investing behind innovation”.

This is perhaps most evident in its largest category - confectionery - where it is boasting double-digit growth in established brands such as Kit Kat, Aero and Quality Street.

That’s been driven by two key tenets: renovation and premiumisation. Traditional family favourite Quality Street, for example, needed updating to cater for more discerning modern customers. So Nestlé aimed to create a more premium experience through personalised tins and a pick and mix-style partnership with John Lewis. Kit Kat has also received a similarly premium makeover with the recent launch of bespoke handmade bars in 1,500 different flavour combos (at the top end, a raspberry & pomegranate variant covered in gold leaf will set you back £25).

The group is also looking to create new brands, most recently with the launch of premium snack bar Yes last year. “It’s a matter of creating moments of indulgence and pleasure,” says Agostini.

Another key strategic shift is the willingness to use M&A. On a global level, Nestlé has invested in high-growth areas such as Canadian health supplements business Atrium Innovations, alongside big money deals for Blue Bottle Coffee in the US and Starbucks’ global fmcg business. In the UK, perhaps the most notable acquisition was of London-based direct-to-consumer petfood brand Tails.com for a rumoured £100m.

The acquisition of a majority stake in Tails.com, which continues to be run separately from Nestlé’s wider petfood business, shows recognition of how DTC has taken hold as a consumer imperative.

“We’ve always been an omnichannel company and these days ‘channel’ means much more,” says Agostini. “People are spending more time out of home and want to buy in different ways, so we need to give our consumers opportunities to find and enjoy our brands through different ways of purchasing.” So confident is the Nestlé team in the Tails.com proposition that it is supporting its forthcoming launch into France and future rollout across Europe.

The flipside of investment is managing a portfolio of established brands and that certainly has its challenges. Take its Nescafé brand, which has seen a £16m slump in UK sales [Nielsen 52 w/e 7 September 2019].

Agostini acknowledges soluble coffee is a “very mature segment”. So Nestlé is having to work hard to shake things up. Innovations include the launch of Nescafé Gold plant-based soluble coffee mixes, dubbed a “world first” by Nestlé. It’s also pushing premiumised products through its growing Azera brand, while “super-premium” DTC flagship brand Nespresso continues to grow strongly. And the addition of Starbucks to its retail range provides further opportunities to get consumers trading up, while also capitalising on the out-of-home channel, in which it hasn’t previously played.

“What is important is for every brand to have a clear role in the market - to be perceived in a different way by consumers, so the channel strategy and the position strategy are very important,” says Agostini.

Of course, there will always be a few curveballs that come along. That much is proven by the decline of another brand in the UK, and one that is close to Agostini’s heart: Sanpellegrino. Sales have fallen double digits since its reformulation to duck the sugar levy. The decision to reintroduce an organic, original recipe version is arguably a climbdown. Agostini, however, simply says it will “give consumers more choice”.

This balance between health and taste is crucial for Nestlé. Agostini says the company hit its 10% confectionery sugar reduction target last year, having taken out three billion spoonfuls from its portfolio over the past two years. The group’s development centre in Lausanne is also looking at ways to reformulate recipes to maintain taste and reduce calories.

This is tricky to pull off, he admits. “It’s not a ‘one solution fits all’. With soft drinks you can replace sugar with other sweeteners and you have consumers that already want to enjoy soft drinks with very low calories. Chocolate is made from cocoa and sugar, so there is a limit to reformulation without affecting taste.” It is turning to science to solve that dilemma - last year Nestlé launched its 30% less sugar Milkybar Wowsomes in the UK and Ireland with ‘hollow’ sugar crystals. The giant now looking at “how we can expand this technology across other brands”.

These efforts play into the wider sustainability drive that Agostini describes as one of his driving “passions” - to be a “force for good, in terms of finding solutions for a healthier future and a better planet”.

“The UK is a more mature market in terms of concerns and opportunities around health and sustainability and environmental issues,” he says. And it’s particularly ahead when it comes to a trend he brands “one of our key priorities globally”: plant-based.

That was the rationale behind Nestlé launching its Gourmet Garden product into the UK last year, only to be withdrawn just a few months later. It turned out the advanced nature of the UK market was a challenge as well as an opportunity. “We think we have a great capability in terms of product quality, but we don’t yet have a solution for the UK market to get into grocery where we compete and differentiate,” he explains.

It’s now focusing on the out-of-home market until it can develop a brand that can work in retail. For Agostini, the plant-based boom is just one of the ways the UK is a more “innovative, advanced and dynamic” market than the rest of Continental Europe.

For example, 9% of Nestlé’s UK and Ireland revenues are digitally driven, compared with its next-largest e-market at 2%. “It’s a market where we can learn and experience new ways of doing business and take those lessons and apply them to the rest of the world.”

Which brings us back to why Nestlé is still so keen to invest in the UK despite the threat of Brexit. It’s not just new products - the giant is also set to open a new £55m, 638,000 sq ft distribution centre in Leicestershire alongside logistics group XPO Logistics.

Dubbed a “digital warehouse for the future” the facility will open next spring and will double its output through advanced automation. “The UK is one of the most advanced markets in terms of supply chain standards and partnerships with retailers, so this is a good confirmation of the trust in the growth potential of this market,” he says.

As to Brexit itself, the threat is likely to cause many more headaches before a solution is reached - but the wider opportunity remains Agostini’s key motivation. “Of course I get lots of questions about what is going on, but when I look at the business, look at the market, look at the culture, look at the opportunity, I’m very happy to be here.”