Badgers get backing from a badder Brian 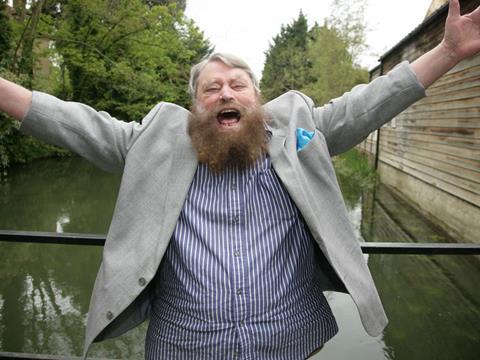 Forget May - The Sun has revealed a more fearsome famous Brian as a badger cull opponent: Blessed.

Speaking at an event hosted by agri group ABN, the loud actor reportedly told farmers he’d ban it, attracting disdain from the audience. Not one to back down, Bri apparently informed them “you’re all c***s, I hope you all die of TB,” before storming out, reflecting that taking the gig had been a ”s*** idea”. Indeed. Unimprovably, all this unfolded with Blessed dressed as a Tudor king.

Other celebs are more like us: EastEnders’ Dean Gaffney has revealed the arrival of a Costa Coffee on the soap’s set has been bad for both his bank balance and belly.

Gaffers has also been upping his black grape intake, which he reckons will help him learn lines as they are ‘good for the brain’. “It’s a muscle and you need to keep it working,” he quipped, heartbreakingly.