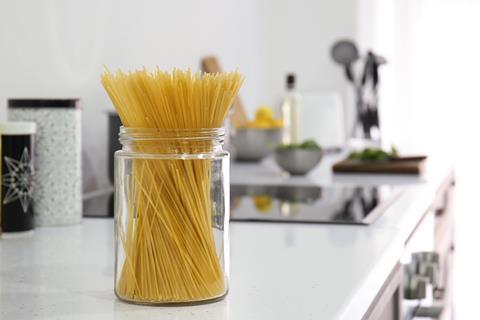 Baby you’re a firework: some spaghetti, not looking like a virus

In April, Bogof reported on the discovery of a couple of modern water bottles in Little Women. A few months of lockdown later, and film fans have perhaps passed a certain level of sanity when it comes to ‘spotting’ things.

One bonkers theory has emerged on Instagram, where one user has posited that 2011’s Captain America: The First Avenger “predicted” the coronavirus outbreak. The evidence? A screenshot of Cap in Times Square, flanked by an ad for Corona beer and another bearing a symbol that, at a distance, rather resembles the dreaded virus.

A friend who’s fully into the covid conspiracies sent me this post that says Captain America predicted the coronavirus outbreak in 2011, and while its obviously bs, I started fixating on that circled image on the right. pic.twitter.com/N4XywDTZEx

Strange, but what was it? Twitter user William Mullally sniffed his way through a series of movie and theatre posters, YouTube videos and ad images from 2011 until he was finally able to find the answer. And? Turns out it was an ad for Barilla pasta: a birds-eye-view photo of some artfully arranged spaghetti for a ‘happy new year’ poster looks like fireworks, it seems – or, if you squint a bit – a virus.

Conspiracy debunked then. Or is it? What was the first food item everyone stockpiled, after all?