Donna welcomes Colin the Costcutter Graves to his new post 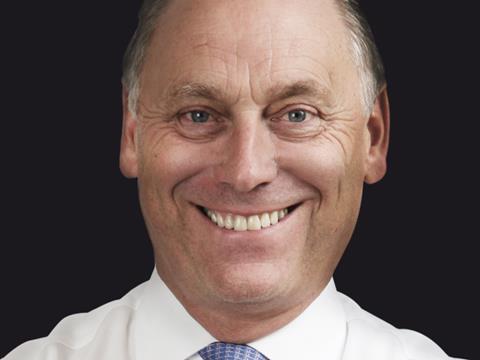 I do enjoy the thwack of willow on leather, don’t you? And before you accuse me of having read a bit too much EL James I am of course referring to our noble summer game and the Co-op’s brave appointment of English Cricket Board chairman Colin the Costcutter to chair some weird board of wholesale soothsayers.

As everyone knows, Co-op boss Steve Murrells is an absolute sweetie so let’s hope Gravesy can deliver more for him than he has at the calamitous ECB, which is still eating humble haggis after England’s recent mauling at the hands of cricketing superpower Scotland. Quite what the new Wholesale and Franchise Advisory Board will bring to the cause of the Rochdale Pioneers is unclear, but let’s just say any regulatory concerns will be mitigated as long as a few tickets for the Lord’s test unexpectedly find their way into the Frexit in-tray.

Another thing that seems to be self-regulating these days is CEO pay, with the implosion in the pay packet of Steve ‘Skid’ Rowe more than offset by Lil Deuce Coupe’s nugatory 50% pay rise - presumably not a reward for Saino’s powerful LFL sales growth.

Mikey is of course completely blameless for the (alleged) discovery of some of David Cameron’s best friends in Sainsbury’s ‘veggie’ meatballs, just as Drastic Dave cannot be fingered for the (equally alleged) presence of turkey in Tesco’s vegan offerings. I’d like to show a little more compassion, darlings, but the concept of a Tesco BBQ Butternut Mac is already so repulsive it’s hard to imagine anyone being put off by an additional helping of Christmas lunch. Frankly I’d be more shocked to find they had discovered any traces of meat in their Value sausages!