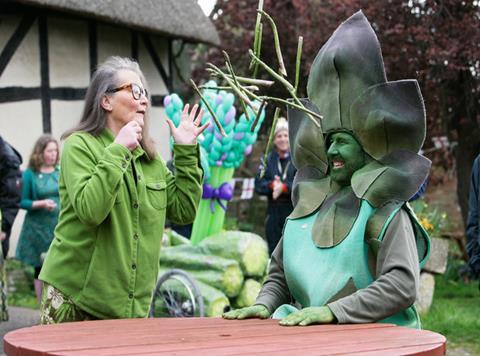 Meet Jemima Packington. She’s an ‘asparamancer’, which as you’ve undoubtedly already guessed, means she uses asparagus to predict the future.

Jemima’s method is thus: she chucks a handful of the veg into the air, and then ‘reads’ how the spears fall. “To date, I have successfully predicted the outcome of Brexit and the US presidential election, so people now take me seriously,” she claims, with admirable optimism.

This veg-witchery has somehow earned Jemima international acclaim. Last week she was invited on to French talk show L’Émission d’Antoine to call that nation’s election race.

And? The asparagus revealed only that the winner would be female - great news for extremists: the only women in the running this year are spectrum-stretching crackpots Marine Le Pen and Nathalie Arthaud.

Paul the octopus was more fun, wasn’t he?