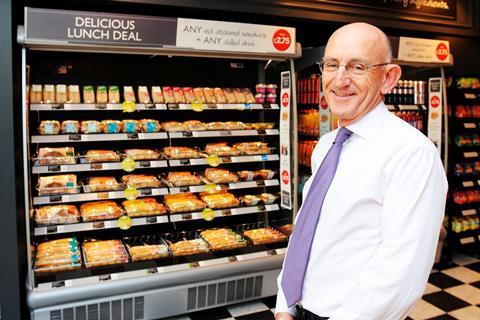 Netflix documentary The Game Changers looks like being the Super Size Me of its generation, inspiring droves to change the way they eat.

The film is already having an effect. Tour de France winner Chris Froome is said to have gone plant-based as a result of watching it. Now to the list we can another champion: North East Business Executive of the Year Roger Whiteside.

At 61, the Greggs boss might not be a sporting titan, but his age and job could make him a more important convert than any number of beefcake athletes. Avoiding meat is easy, he reckons, with milk and cheese proving trickier.

For now it’s a chance to plug Greggs’ range (animal avoiders will be hoping for further offerings from the baker), but who knows? If a steak bake doesn’t tempt him off the wagon, maybe we could see Rog on the senior bodybuilding circuit. After all, he’s 10 years younger than Arnie…