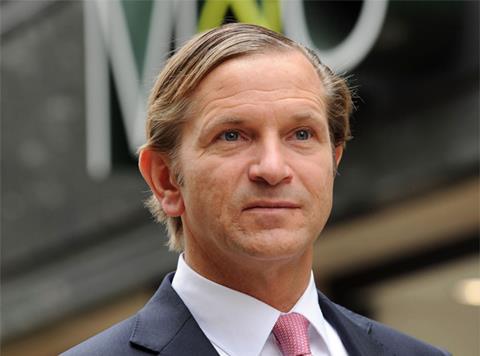 The history guys, one day they will find a really cool nickname for me like “Cool Hand Luc” that they called that Belgian klootzak Vandevelde.

Maybe then they will certainly realise why I am the most famous guy to come from Apeldoorn (after Piet de Jong). Maybe they even stop confusing me with that glam rock guy who got it on with a tree.

At Morrisons I showed who was the turnaround guy, look what is happening since I left. That Phillips guy should have stuck to making light bulbs in Eindhoven.

But this week was my big, big triumph. You saw we’re having a better profit? Just for your information, that 6% was £40m more than last year! That will pay off our £3.2bn investment package in only 80 years. It’s a good element for you to know.

Sure, lots of guys say Marks & Spencer is up and down like sales of the knickers, and all of the bosses promise big things in their underwear. But Bolland from Holland is a special one and I have a great team. We are all big jokers in the Netherlands and I like to say Stuart Rose was a pretty flower but he was surrounded by pricks? Like on a rose? He he!

So again we are making over half the profits we made in 2007 with food exploding more than half a percent and super cool stores in Paris and Mumbai - no one saw that coming. Also we are now nearly having 1,000 convenience stores, like Budgens.

So sorry guys, I will still be here next year. I am interested in this next phase. So you have time to think of that nickname for me. Maybe “Hot Dutch”. Or “Hot Touch”!