My Week... by Lt. Charlie Mayfield (as told to Bill Tush) 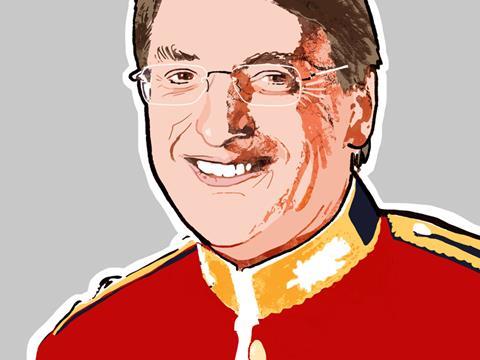 Right, fall in, everyone. Not you, Price, you’re on dishonourable discharge. And stop sniggering, Street, or I’ll have you on a court martial. I haven’t forgotten your simpering performance in that film our propaganda unit, the BBC, issued before Christmas.

Now pay attention. As a member of the officer class (though you may call me Sir Charles) it is second nature for me to be a leader of men. Oh and, er, the other ones. Women, that’s it. Thank you, Woodhouse.

Not only that, as a graduate of Sandhurst and as the holder of honorary doctorates from the Universities of Reading and Loughborough I am uniquely qualified to win the war. And not just the one that’s raging inside JLP.

No, it’s a war out there in retail, but under my leadership we routed the enemy in a Christmas campaign on three fronts. The John Lewis psyops division successfully traumatised, indeed some would say fatally nauseated, the target through Operation Man on the Moon, while the battalions of scent squirters at our front-line outposts left a chemical fog redolent of the Somme.

Good work, men. And, ahem, what was it again? Ah yes, women. Never had much time for those at Radley. Which brings me on to Waitrose.

Don’t you know the bloody Germans are coming?! We may have a Teutonic Commander in Chief (Gawd bless Her Majesty), but dammit, Price, that doesn’t mean you should be raising the white flag to every Hun who sets up a barracks at the end of the parade ground! I mean car park.

Dismissed! If Waitrose doesn’t shape up soon, you can take that literally. Never mind your promotions, you’ll all be back on the shop floor.

There is free coffee in the mess. Not you, Price.