My Week... by Santa Claus (as told to Bill Tush) 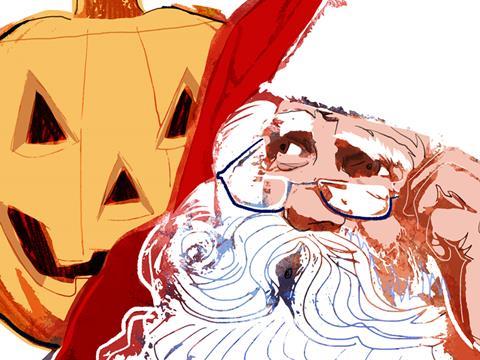 Ho bloody ho. Or as the one memorable line in Lidl’s ghastly Christmas ad, released to coincide with the thermometer hitting 22°C in tropical Wales, put it: “Santa needs a little bit of help, so let’s get your ho’s in order.”

Fat chance. I’ve been trying to get the Tooth Fairy in order since 26 December last year, but now that Coca-Cola runs the British Dental Association, the poor dear is “too tired” and the only action in Santa’s sack these days is insomnia induced by a Christmas season that now encroaches on Halloween in the seasonal aisle.

I’m literally run off my sleigh right now. And I can’t hear myself think for jaunty bells - I’ve had to wear earplugs just to work on Morrisons’ next price-matching scheme.

If there’s one thing I find hard to stomach, though, it’s Lidl’s sense of humour. And especially at this time of year. Ronny Gottschlich - who trousered a cool million this year in recognition of his remarkable transformation of lobster into an alternative to turkey twizzlers for the great unwashed - obviously thinks it’s nice to have a bit of synthetic Christmas cheer to brighten up Remembrance Sunday.

But as tasteless as this is, it probably won’t be as bad as the dose of emetic syrup served up by JLP or Sainsbury’s annual emotional gush.

I also have to admit Lidl’s ad is nowhere near as awful as Asda’s pitiful attempt at a funky Christmas, including a bad case of the grocer’s apostrophe.

Its one redeeming feature is an establishing shot depicting a house entirely festooned in migraine-inducing lights. Andy Clarke knows his market, that’s for sure.

I think I may be in the wrong job. Sleigh ho.