My Week by Britannia Imperium (as told to Bill Tush) 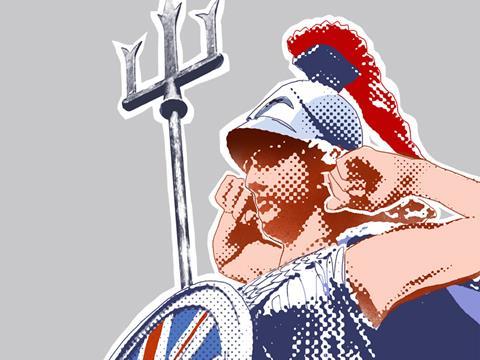 Rally round, fellow Britons! We have a sign! Not only has the CEO of Britain’s 137th largest food brand (Tate & Lyle Sugars) declared himself a Brexiteer, Wetherspoon has printed The Truth About The EU on its beer mats - and only a foreigner would contest the right of their core white, male, middle-aged, drunken and occasionally bigoted demographic to determine the fate of our nation.

Traitors argue being in the EU has eliminated import duties on our food, improved safety standards, harmonised packaging and ingredient labelling, opened up free trade, dramatically improved working conditions and revolutionised efficiency in distribution - but we have a clear position on that. It is to stick our fingers in our ears and run around the nearest school playground shouting “nya nya nya nya nya”.

Obama, the IMF, the IFS - it’s all a conspiracy. Does nobody listen to commonsense leaders like Putin and Trump any more? And what do Europeans know about British grocery anyway? Name one successful European supermarket group showing double-digit growth and offering something radically fresh and different in a market we all thought was mature and intensely competitive? OK, smartarse, name another one.

Look, all right then, but just look at the damage done to our economy by the unstoppable hordes of migrants crossing the Channel in satsuma crates and masquerading as real people like us. Name one area in which so-called skilled, driven and industrious people have contributed to our national wellbeing! Apart from the NHS, food service, distribution, hospitality, agriculture, food processing and so on.