Need to stay alert? Drink coffee… with the US Army 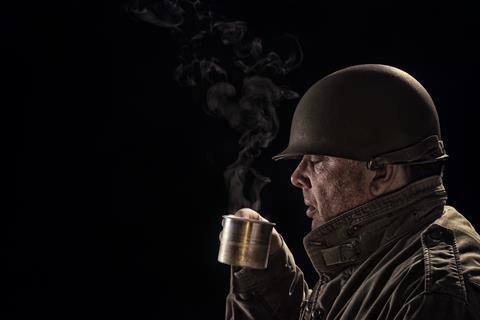 Cup of Joe: an American soldier works on his alertness

With indecisive charm vacuum Donald Trump as commander-in-chief, you’d think the US military would be in a constant state of nervous alertness.

But apparently not only do the world-policing invasion enthusiasts need regular amounts of coffee to keep them going, they’ve also got the spare time to figure out exactly how much they need – and to make the science behind their thinking available to Joe Public.

The US Army has come up with an open-access web tool called 2B-Alert Web 2.0, an algorithm that can be applied to individual American(o) soldiers to determine how much caffeine they need to stay at peak alertness, even when sleep-deprived. Surprisingly the research could lead to fewer, not more, espressos being chugged by Uncle Sam’s boys and girls – it’s all about well-timed dosage strategies, you see.

For now, it’s a study rather than an app available on Civvy Street. But it’s only a matter of time before everyone is as efficient as the US Army!