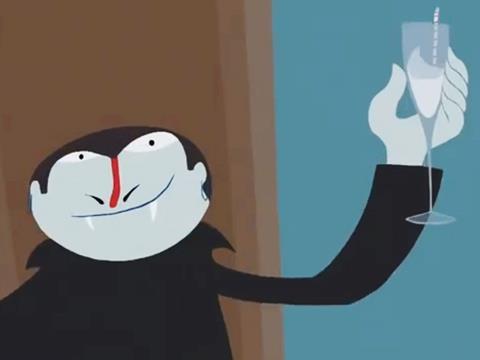 Oreo is an established brand in the UK, so we no longer have to put up with cutesy American kids telling us how to eat them (in a disgusting ritual) in its advertising.

Now we’ve got the cream-licking lowdown, we’re being treated to this animated ad, which addresses what a vampire would do if given an Oreo. It’s based on an exceptionally twee, supremely irritating song by the band Owl City. Dracula might undergo a cookie conversion and start drinking milk instead of blood, they posit.

A long shot. (Most of us just ask “is this meant to be chocolate?” and reach for a Jaffa Cake.) Still, the ad’s visuals are good - it’s distinctive and fun, with rather an appealing star (considering his undeadness). Just watch it on mute.