Pat prepares for the machines to take over 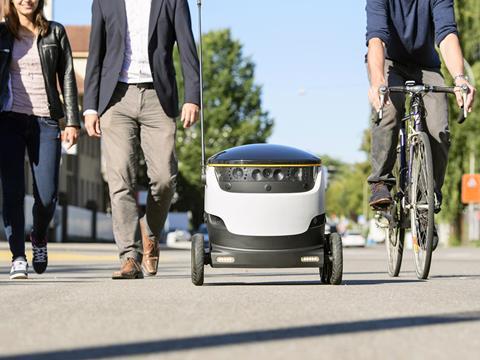 Your Pat is nobody’s Luddite, but as a keen follower of cutting-edge innovation I tuned into the wireless and was alarmed to hear all our jobs will soon be undertaken by machines, and that retail is first in line.

I suppose we should have seen it coming. After all, anyone listening to Mr Coupe explaining how, despite all the actual evidence, everything was wonderful at Sainsbury’s would be forgiven for thinking that the same job could be performed by a robot and with considerably more charisma, as I quipped to Mrs May just this morning. “Affirmative,” she said.

Still, keen not to be superseded by a Nespresso machine before absolutely necessary, I performed a quick audit of all the roles at Pat’s Mart, and I think I’m safe for the time being. While it’s true that Pavlina’s customer service function could be effectively performed by a recalcitrant macerator, I’m not sure I can train Henry the vacuum cleaner to carry out stock replenishment with quite the same slapdash attitude, although I’m reliably informed that Mr Dyson is on the case.

As I mostly focus on admin these days, I decided to take the fuse out of my state-of-the-art Olivetti adding machine before it starts trying to take over some of my responsibilities. You’re not telling me a Bakelite box can fiddle a VAT return like your Pat! Not even an Italian one.

So I think I’m safe for the time being. But talking of artificial intelligence, did you see all the newspaper retail reporters (proof enough of the existence of electric sheep) doing the ‘death of the supermarket’ story? Again?

Apparently all global grocery distribution is about to be taken over by the Russians. What rubbish! Mr Trump would never allow it.