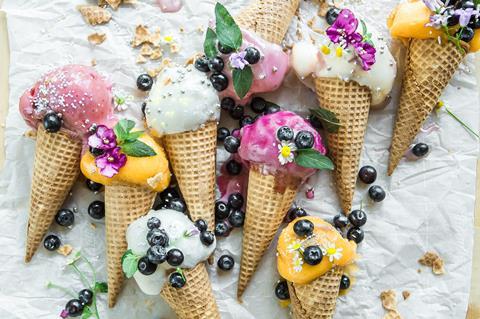 I can eat a rainbow: some fabulously gay ice cream, yesterday

Russian ice cream maker Chistaya Liniya is in hot water in its native land, after the chairman of the country’s Union of Women accused it of ‘promoting homosexuality’. It has launched a Rainbow ice cream, you see. Sigh.

The brand’s VP defended the treat… but was at pains to distance the symbol from any LGBTQ+ associations, claiming it was about “sunshine after the rain” and that he was pro “traditional values”.

So he can stick it as well! We’re with the Moscow newspaper that sarcastically called for actual rainbows to be outlawed in Russia, and the Twitter user that called for restrictions on light refraction.