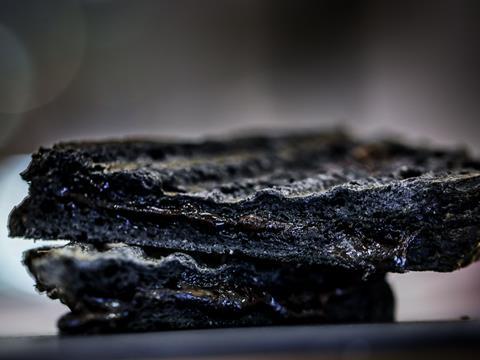 Looks grim, doesn’t it? But don’t fear, this isn’t a new trend for burned sandwiches. This is The Big Black. And it’s meant to look like that.

The creation of toastie aficionados Grill My Cheese, the gothic grills are made with black bread (with ‘activated charcoal’) and ‘black blueberry sauce’. Even the Ilchester cheddar contains carob and cocoa powder, which gives a malty flavour as well as blackening as it melts.

The sarnie made its debut this week on National Grilled Cheese Day (12 April, as if you didn’t know), with the jury currently out on whether it’s likely to last.

Is there an audience for it? Well, we’re sure Johnny Cash and Darth Vader would have been keen - but The Big Black can still work. All it needs is an ad campaign that appeals equally to football referees, ninjas, funeral directors, Yoko Ono and the New Zealand rugby team.