Tate Modern’s supermarket till receipt exhibit is all white 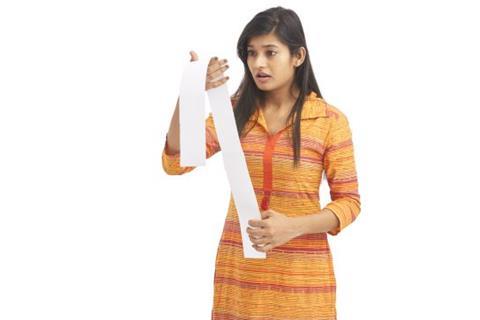 How much? A punter weighs up Ceal Floyer’s latest masterwork

Last year saw a banana, duct-taped to a wall by an Italian artist, fetch £120k. Could food-related ‘art’ get any more prosaic?

Why, yes. Yes it could. Venture into the Tate Modern and glory in ‘Monochrome Till Receipt (White)’ by German creative Ceal Floyer. There’s actually more than one ‘work’ under this name, but as you might have gathered, they’re till receipts, from the likes of Co-op and Morrisons, going back as far as 1999.

“Monochrome needs to be produced locally in order to avoid reading it as an exotic curiosity,” Floyer waffles in the catalogue. “It counts on its unremarkable outward appearance for its subsequent conceptual transformation.”

Modern art featuring a @coopuk receipt at the Tate Modern. Who’d have thought that we would have been producing so much art on a daily basis? 🤷🏼‍♀️ 🖼 🎨 pic.twitter.com/YRMhM6dDLe

Right. For anyone suspicious that Floyer simply forgot to do her exhibit until the last minute, then framed whatever was to hand, items on the receipt are all ‘white’ – such as garlic, mushrooms, mints and paracetamol. This makes it (very slightly) more interesting than a more varied shop, we suppose.

Ceal, if you fancy joining forces with us for a high-concept Grocer 33, get in touch.