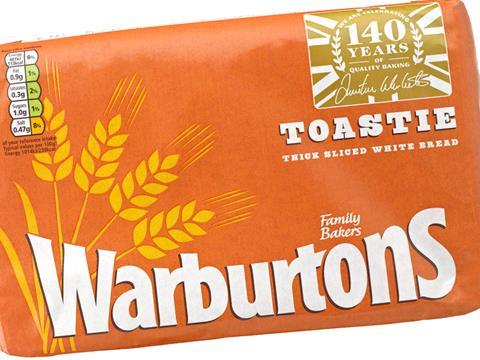 British brands continue to outperform their foreign counterparts in the UK in terms of consumer reach, with six home-grown favourites in the top 10 of Kantar Worldpanel’s fourth annual barometer of the nation’s most popular fmcg names.

Warburtons leads the rankings in the 2016 Brand Footprint, which measures how many households around the world buy a brand and how often.

The Bolton-based bakery’s products were chosen by 85.4% of UK shoppers 26.7 times per annum on average, meaning the brand - which this year celebrates its 140th birthday - was picked from supermarket shelves 611 million times over the course of 12 months.

While Heinz remains in second place, it has declined in both frequency and penetration. It is currently bought by 89.9% of the population 16 times a year, ahead of McVitie’s in third with penetration of 88.8% and frequency of 14.8%.

Only Heinz and Coca-Cola appear in both the British and European top 10. While retaining first place in the worldwide Brand Footprint ranking this year, Coca-Cola has slipped to 10th in the UK table, with penetration down 2.9 points to 58.1% in spite of being the country’s biggest brand, with sales of £1,145.8m [Nielsen 52 w/e 2 January 2016].

“British brands remain an important part of our shopper repertoire, and it’s encouraging to see so many continue to succeed in a world of multinational conglomerates,” said Fraser McKevitt, head of retail and consumer insight at Kantar Worldpanel, which gathered the data for this year’s rankings over the 52-week period between 12 October 2014 and 11 October 2015.

UK names also performed well in category-specific rankings, with names including Robinsons, PG Tips, Radox and Andrex coming in ahead of their global competitors.

“With many brands capitalising on the Queen’s 90th birthday celebrations and underlining their British heritage, we’re likely to see this trend continue,” said McKevitt.