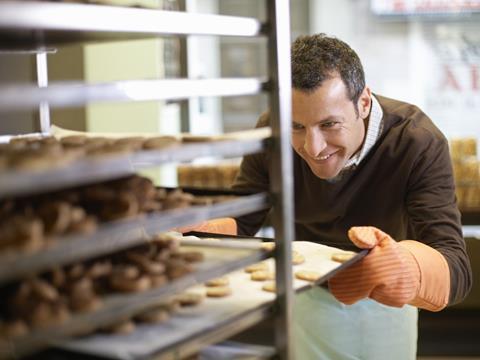 The Opposition’s pledge today that “on day one” of a new Labour government it would unilaterally guarantee the rights of the three million-plus EU workers in the UK is a collector’s item – Labour setting the agenda.

Unless there is the mother of all shocks in the polls, it is all too late to save Jeremy Corbyn and his party from a June wipe-out, but today’s comments do bring a welcome focus to a key policy debate that lies at the very heart of the food and drink industry’s fears over Brexit.

In his speech today, shadow Brexit Secretary Sir Keir Starmer said Labour would rip up the Conservatives’ Great Repeal Bill and replace it with an EU Rights and Protections Bill to ensure workers’ rights are not destroyed.

Theresa May has thus far stopped short of such black and white assurances, despite the PM and her Brexit team stressing that providing safeguards for these workers will be a key plank in negotiations.

The PM has been accused, as a result, of using EU workers as a “bargaining chip” in the talks to come with European leaders.

That Labour has made this an election guarantee is a subtle but important distinction, but all parties must realise that with every day that goes by huge damage is being done to industries like food and drink, which rely so heavily on the workers in question.

According to the FDF’s latest figures, around 27% of the UK’s food and drink manufacturing workforce are non-UK EU nationals – almost 100,000 workers.

As the FDF says: “They bring with them talent, spending power, flexibility and huge diversity. All are great for our industry and for the UK.”

That’s before taking into account the UK skills gap, with the FDF estimating the UK will need to recruit a further 130,000 workers as our ageing staff retire over the next decade.

Sadly, for those workers the thin air between Labour and the Tories ends with Labour’s commitment to existing EU nationals, with Sir Keir confirming today that Labour would end free movement of EU workers, whilst seeking ways for Britain to remain in the single market.

It is good news that the debate over the impact on the workforce of Brexit is now coming to the top of the political agenda thanks to Labour. But the food and drink industry has to step up and keep stressing the huge ramifications not just for the current workforce but for the skills and people it needs in the future too.

Today the Federation of Small Businesses released new research showing more than half (59%) of small businesses with EU workers are worried about accessing people with the right skills or growing their business (54%) post-Brexit. The report shows one fifth (21%) of small employers currently have EU staff.

The FSB is calling on the government to guarantee, as soon as possible, the right to remain for existing EU citizens in the workforce. It also wants a transition period of at least three years after the UK exits for the rights of future immigrants.

As this survey shows, it’s not so much about what happens on day one of the next government, it’s how the incoming government is going to prevent in the long term a skills crisis that could damage the UK for years to come.