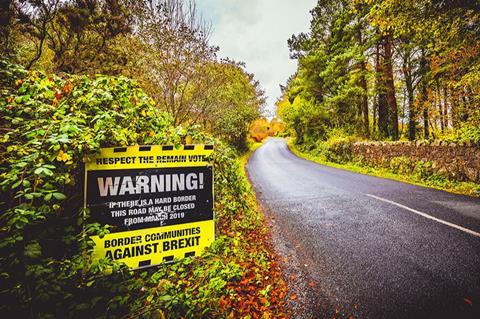 The AAC, chaired by MPs Greg Hands and Nicky Morgan, has launched a consultation on its interim report published last month, which outlines potential solutions to the challenges that Brexit poses to the Irish border.

Its proposals for avoiding the Irish backstop include establishing a single sanitary and phytosanitary (SPS) zone for the UK and Ireland, and developing special economic zones (SEZ) within Northern Ireland centred along the border regions.

However, the British Retail Consortium and Freight Transport Association warned these ‘alternative arrangements’ would not guarantee frictionless trade on the island of Ireland after Brexit, which is essential to avoid disruption to consumers and businesses.

While efforts to find a potential solution to the Irish border problem were “welcome”, the options proposed by the AAC fell short of a “workable solution”, said Helen Dickinson, CEO of the BRC.

“Further answers would be required on vital issues such as VAT, sanitary and phytosanitary checks and rules of origin to provide assurance to consumers and businesses alike of a workable plan for frictionless trade,” she said.

A no-deal Brexit would be a “disaster” for consumers and retailers in Great Britain and Northern Ireland, she stressed, with delays and checks at the Irish border likely to result in “higher prices and less choice on the shelves” for shoppers.

“It remains imperative that the UK avoid a chaotic no-deal in October, and it is up to politicians of all stripes to come together to find a solution that ensures the UK continues to benefit from frictionless, tariff-free trade into the future,” she added.

The FTA also reiterated the importance for frictionless trade post-Brexit, warning businesses in the “all-island economy” relied on “swift, smooth cross-border logistics, which would be threatened by the introduction of new infrastructure”.

The AAC’s proposal for a single SPS zone for the UK and Ireland after Brexit was “simply unrealistic” and raised the prospect of “more problems in the future should the UK diverge from EU SPS regulations”, warned Seamus Leheny, the FTA’s policy manager for Northern Ireland.

The proposal for SEZs in Northern Ireland would “only serve to create new borders, barriers to trade and new formalities while also requiring the agreement and consent of the EU”, he added.

“These are not the solution to the predicament of Brexit and the border in Ireland.”