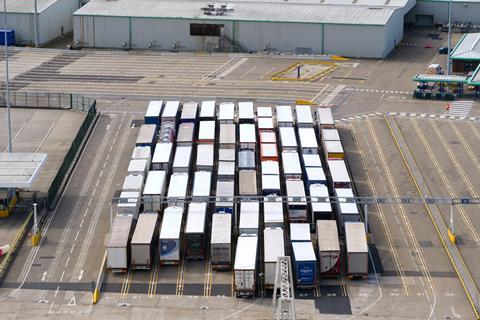 French level crossings display signs which say ‘un train peut en cacher un autre’. Like many European warnings, a literal translation can seem somewhat puzzling to British ears, even though the actual meaning is perfectly clear – don’t start crossing the tracks as soon as one train has passed because you may get hit by something coming the other way.

Think how different life would be for the food industry today if government had heeded similar advice when deciding not to extend the Brexit transition in the middle of a pandemic. As it is, we face a second major challenge even before the first one has gone. Or, to quote Michael Gove’s take-off turbulence analogy, “we are not at the gin and tonic and peanut stage yet” when we can enjoy a straight and level flight.

A key reason for this is that leaving the EU is much more like an operation to separate conjoined twins than a divorce. We have had years during which our economic viability has been dependent on shared supply chains and integrated business models. Separating these out requires the most delicate surgery, together with extensive preparation and support.

Many complications only become apparent once the process is underway, as is happening now with rules of origin. Did the negotiators really intend that Spanish wine bottled in Great Britain should be subject to tariffs if sent back to Spain? Or that tins of Italian tomatoes would suffer the same fate if shipped to the Republic of Ireland after being customs cleared here?

There are evidently ways around some of these issues. But they all come at a cost, in money and efficiency, at the very time when we are all doing everything we can to eliminate waste and conserve resources. And while people will get better at filling in the paperwork, which may itself improve, trading with our largest suppliers and biggest customers is going to be much harder than it used to be. Will that encourage us to look for alternative markets further afield? Over time perhaps, for those who are still around when that time comes.

Between now and then, there is friction where there was no friction before, ramping up further on imports from 1 April. That friction will inevitably end up on someone’s bottom line, which is the last place anyone wants friction to be.