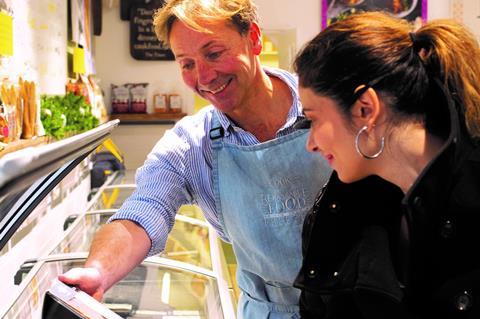 Perry: “We have decided not to do any new stores until the economic outlook is clear post Brexit. Once it is we will start opening again,”

MD and founder Edward Perry told The Grocer this week Cook had planned to open five new stores this year but the economic uncertainty created by Brexit has meant these plans have been shelved.

Rather than opening stores at this time, the ready meal maker will concentrate on rolling out the brand via concessions in farm shops and convenience stores.

“We have decided not to do any new stores until the economic outlook is clear post Brexit. Once it is we will start opening again,” said Perry.

“This has led us to concentrate on accelerated concessions openings with c-store operators and other independent retailers.”

Cook products are currently stocked in 500 farm shops and independent retailers including 140 Budgens convenience stores and 30 independent Co-ops. It also offers a home delivery option in the south east.

Perry said it aimed to supply a further 100 outlets this year.

According to the most recent accounts filed at Companies House, Cook recorded total sales of £55.3m for the year to 31 March 2018. Pre-tax profits for the period were £2.5m.

Perry said that with two weeks left to run on the current financial year, total sales were up 11%, with like-for-likes up 3%.

Cook is set to open a new 25,000 sq ft kitchen at its HQ in Sittingbourne, Kent, this summer. The new facility will replace its original savoury kitchen and will create a further 100 jobs. Its puddings and desserts will continue to be made in a separate facility in Somerset.

By the end of the 2020 financial year, Cook has committed to adopting a more sustainable alternative to its plastic food trays. In 2018 the Kids Meals range was repackaged in cardboard, with one and two-portion adult meals making the switch this year.

Within the same timeframe, the company has pledged to grow meat-free sales by 10%.