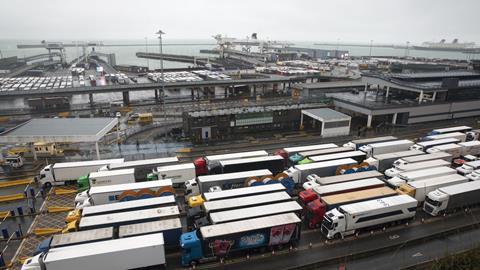 Brexit: Three ways an EU trade deal could make all the difference for food and drink

Boris Johnson went to great pains early this year to emphasise that Brexit was done. “We have a deal,” he emphatically told the nation, very much conflating the UK’s departure “deal” with the sort of trade deal now sought.

Yet while such a trade deal is still not in place, many of the key changes were locked in almost 12 months ago. The UK will leave the single market and the customs union come 1 January, meaning there will soon be unavoidable customs and regulatory checks to comply with, different regulatory regimes to abide by, and new immigration laws to adjust to.

In a few places, however, a trade deal would still make all the difference. Here are the three main ones.

Tariffs are by far the biggest difference between a deal and no-deal, with the average duty on food and drink set to be about 20%, according to analysis by the British Retail Consortium.

To what extent this filters through to shoppers’ prices, however, is complex. Much depends on how much is absorbed by the supermarkets and suppliers along the way. Tesco chairman John Allan estimated prices would rise 3% to 5% under no-deal, while FDF CEO Ian Wright told The Guardian last week the figure could be more like 5% to 15%.

Even if there is a deal now, it is too late for companies to benefit from tariff-free access on 1 January. This is because in order to qualify as tariff-free, they must show they comply with the ‘rules of origin’ that will be set out in any UK-EU agreement, a process that can take weeks, if not months.

Without an implementation period for at least the initial months of the year, businesses will be unable to adjust and confirm if they comply, leaving them on the hook for tariffs.

As well as avoiding tariffs, all businesses will hope any deal leads to a significant streamlining of bureaucracy in the long term.

One area where this might come is on the mutual recognition of trusted trader schemes operated by the UK and the EU. Such schemes are already in operation in both regions for trade with non-EU countries, allowing businesses to simplify checks at the border and instead defer the obligations until later. It already works for trade with countries such as China, for example, proving it can exist even beyond the boundaries of a trade deal.

Unfortunately, however, many smaller companies in particular may not be eligible, at least for some time. Businesses will likely have to prove a history of ‘trustworthy’ compliance with customs checks in order to qualify. If they do not already trade outside the EU, they may have no means of doing so.

The other red tape a deal could snip is the number of physical inspections for agri-food products. The EU has set criteria for how frequently various products must be checked – all live animals must be inspected, for example, as must 30% of meat and eggs. But as they have done with New Zealand, Brussels could decide to reduce these checks as part of a trade deal.

The impact of any such changes, however, should not be overstated. “Fundamentally, these things aren’t going to change people’s lives massively,” says Joe Marshall, senior researcher at the Institute for Government. “It would just mean that for some firms, their red tape and friction isn’t as bad as it could be.”

A deal could also help to avoid the worst of the short-term disruption by maintaining a sense of goodwill and co-operation between the two sides. In this case, the EU in particular may be willing to take a lighter touch initially on those businesses that aren’t up to speed on all the necessary compliance. The law, after all, is only as good as its enforcement.

As Shane Brennan, CEO of the Cold Chain Federation, suggests: “Say I’m driving a truck through the border, are you going to stop me? Go through all of my export health certificates and other paperwork to the letter? Or are you going to wave me through? You can see more waving through if there’s a deal than if there isn’t.”