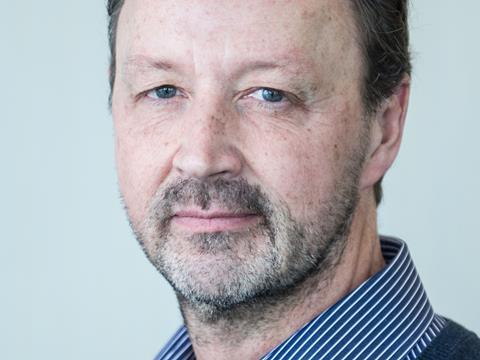 Co-op Group CEO Steve Murrells has made long-term strategic deals with suppliers a key priority, as he seeks to protect the business from Brexit-related inflation.

After announcing a 14th consecutive quarter of like-for-like food sales growth in the Co-op’s first half results, Murrells said growing the scale of the business, which is currently locked in exclusive talks over a potential takeover of buying group Nisa, was another core strategy for staving off the threat of inflation.

Murrells told The Grocer the success of talks with suppliers about longer-term agreements were crucial for the retailer to continue its momentum, which saw overall growth of 3.5% year on year in its food business and 4.5% across its convenience estate.

“Inflation is obviously going to be a challenge not just for the Co-op but for the whole market,” Murrells said, adding that suppliers agreeing to keep cost hikes down in return for longer-term tie-ups would be a win-win for both parties.

Call to suppliers on ‘wow deals’

The Co-op has urged suppliers to sign up to “wow deals” that enable it to slash prices on key products in return for longer-term partnerships.

At the IGD trade briefing in Manchester last week, commercial director Michael Fletcher and director of trading Andy Phelps called on suppliers to sign up to deals, which would include special large pack promotions at the front of store.

The Co-op also promised to slash the “confusing” number of promotions to simplify the shopping experience.

Fletcher told The Grocer: “We continue to grow as a business and perform ahead of the market. But it is a highly competitive environment so we are keen to look at new ways to offer shoppers value.”

“Long-term contracts bring stability for suppliers and allow them to invest in efficiencies. That’s why it’s so important that we stand up for long-term deals.

“It is also where the Membership Scheme is so good because we will be able to help our members by investing to protect them from inflation.”

Murrells said he believed the market faced a prolonged period of inflationary pressure, in which growing the Co-op’s scale, including moving into new territory such as wholesale, would be key. “I think we’re going to see inflation for a while,” he said.

“When we saw this occur back when austerity started to bite, we had the squeezed middle.

“This time I think it’s going to have a possibly greater effect for really premium businesses.”

The CEO said the Co-op was also looking at other potential areas of expansion alongside Nisa.
“There are a number of areas we are looking at and wholesale is one.

“With the threat of inflation and Brexit, where we can grow our scale and hold inflation back that is a good thing for us to do.”

Murrells also revealed the Co-op’s commitment to use all British meat ingredients had driven a 6% rise in sales of products including sandwiches and pies in the first half.