Don’t ‘take care of number one’ in Brexit planning. Industry must pull together 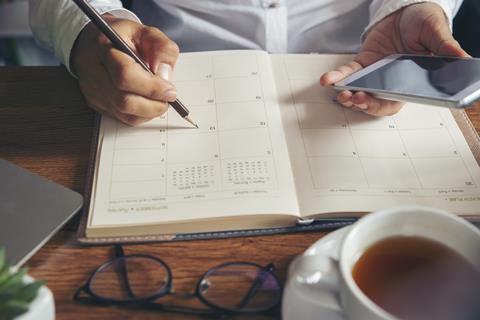 Retailers, suppliers and trade bodies should work together on contingency planning

It’s March 2020 already, so way too late for new year’s resolutions, but here’s a prediction instead. For the balance of the year trade bodies, industry leaders, banks, international business, journalists and major retailers will moan and gripe about EU trade deal uncertainty. Adjust your filters, ignore the noise, it will change nothing.

Many retailers entered the year bruised, with their market shares in steady decline. Not a freefall, more like death by a thousand cuts. And if they’re still inhaling their sigh of relief about the easy roll across the January 31 Brexit, it will be a short-lived respite.

Back in September 2019 I wrote in The Grocer: “Suppliers, however, have stepped up their prep now, believing it really does look like the exit will happen if not in October then in January 2020, which they consider to be better timing with the Christmas ‘lockdown’ out of the way.”

That proved to be bang on, and so I now feel entitled to express the current feeling. In general, there is a strong belief amongst suppliers that there will be no extensions, and the new trading terms will start on 1 January 2021, deal or no deal. The complexity of Christmas logistics only seems to provide more urgency, although sensibly the date ought to be shifted to Jan 31 (do it now, Dominic – it’s a strong move if made early).

Suppliers have understood there is no point in asking for help: they need to make their own way. There is at least now more stability to the uncertainty than there has been for three years. This in turn gives certainty to the planning imperative.

Talk of stockpiling and disruption contingencies can lure you into forgetting the basics. Push the buttons in the right order and start by getting your necessary pricing moves in early this year. Waiting for an October communication with January 2021 implementation is asking for pain. Put aside thoughts of tariffs, quotas and roll-on-roll-off ferry disruption. Assume nothing changes and get your basic proposition up to date right now.

Trade deal negotiations will go down to the wire, as they should. No one in this administration will be allowed to quote soft signals to the media, whilst simultaneously blowing the negotiation with Mr Barnier and co. Journalists will be closed down quickly for suggesting the obvious compromises, which would motivate EU negotiating counterparts to dig in their heals even deeper.

But I’d like to see retailers, suppliers and trade bodies work together on contingency planning. Don’t just put in EarPods and turn up Spotify to save the ear bashing you got last year whilst adopting another ‘take care of number one’ attitude. This will exacerbate the problems. The industry must pull-together in a loud, proud and organised way, chaired by Defra or BEIS perhaps. Assuming there will be no-deal, and then working backwards to get organised, will maximise the chance of it not happening.