Even healthy businesses have been put in a Brexit planning stranglehold 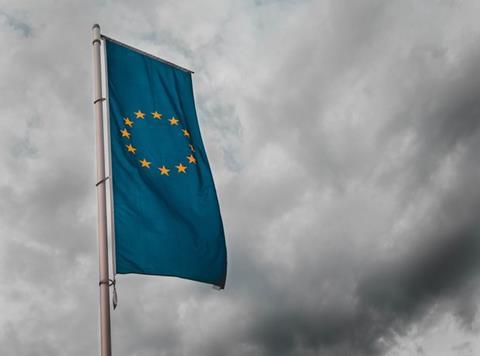 Instead of focusing on making Birds Eye even better, resources are being dedicated to Brexit contingency planning

Recently, Donald Tusk made his true feelings on Brexit known. As MD of one of Europe’s leading frozen food brands, the prospect of a no-deal Brexit is seriously delaying our ambitious plans for continued growth.

Since embarking on a new strategy in July 2016 – with a real focus on our core and multimillion-pound investments in quality, people, facilities and communications – the Birds Eye business has seen fantastic growth and with recent acquisitions the organisation has doubled in size in less than three years. By any measure these are phenomenal results, but there is now a dense fog and a serious sense of unease that the entire food industry is having to navigate.

The recent letter by several major retailers, setting out their concerns to Westminster, must be applauded. I urge the leaders of all major food manufacturers to join me in doing the same – stating the true impact on our businesses and the ultimate effect on consumers.

Here at Birds Eye, we are the strongest we have been in years. However, instead of focusing all our energy on making this business even better, an increasing and considerable amount of people and financial resource is being dedicated to Brexit contingency planning and ensuring continuity of supply.

I currently have four senior colleagues totally focused on planning short-term contingency solutions, safeguarding supply as well as evaluating our overall footprint requirements should the worst-case scenario happen and we leave with no deal. Whether this is viewed as a wise investment or a waste of precious resource remains to be seen, but we are preparing for the worst and genuinely hope for (and demand) a better outcome for shoppers and consumers.

Opinion: Brexit tensions are driving a wedge between government and industry

We will continue to put serious investments behind our brands and business, including investing to increase capacity through our factory network in order to service future needs. However, until the current political uncertainty is resolved, our politicians have us in a complete ‘stranglehold’. Where, and in which countries, we make those investments cannot be determined until we know for certain if and what tariffs we will have to consider.

The impact on consumers’ pockets also can’t be ignored. The brutal fact is that, if we leave the EU without a deal, food prices will increase virtually instantaneously as WTO tariffs would apply. Scaremongering? Absolutely not. What’s really scary are the politicians who claim it is.

This, of course, assumes food imports flow freely into the UK for the first 21 months post-Brexit, as stated by Defra recently. Will the German, Italian, Irish and French governments be as accommodating of our food exports as the UK intends to be?

The Birds Eye business spans several categories and therefore WTO tariffs are wide-ranging, from 2% to over 20%. It impacts raw material purchases in Europe and further afield as well as finished goods produced in our factory network across Europe, most notably in Germany and Ireland.

What will this translate into? Significant cost price increases averaged across our total business to our customers who, in turn, would have to decide whether these costs will be passed on to shoppers.

The recent letter from retailers to Westminster was unambiguous – retail prices will need to increase as there quite simply isn’t sufficient profitability to absorb these costs anywhere in the supply chain.

Again, no crystal ball is needed to see whether this will materialise. Following the referendum decision in 2016, the food industry experienced price increases as a direct result of the devaluation of our currency and at the time shoppers felt the direct impact.

There are a huge number of ‘hidden costs’ and extra work that affects food manufacturers’ exports. The European health (EC) mark codes – that identify site of production – will all need to change. There is still no clarity of how and when these changes need to be implemented but the lead times for these adjustments are now longer than the time we have left, and government still can’t provide any certainty. I suspect not many manufacturers are ready for this change. The only certain thing is that if we leave with no deal, the mark currently on pack will not be an acceptable one in the EU. Will the EU accept goods, and if so, for how long?

Finally, we cannot ignore the effect on lower income households, who will be hugely impacted by food price increases. Numbers released last year by the Social Metrics Commission showed more than 14 million people – including 4.5 million children – were already living below the poverty line. For them – and the rest of society – a no-deal Brexit holds no positive outcome. A fact that politicians seem to be ignoring in their self-serving posturing.

I am extremely fortunate that I lead a business in great shape, with a fantastic team and brands that really resonate with shoppers and consumers. Some branded manufacturers and indeed manufacturers of own-label goods might not be so lucky, and ultimately UK shoppers will pay the price of a no-deal Brexit.