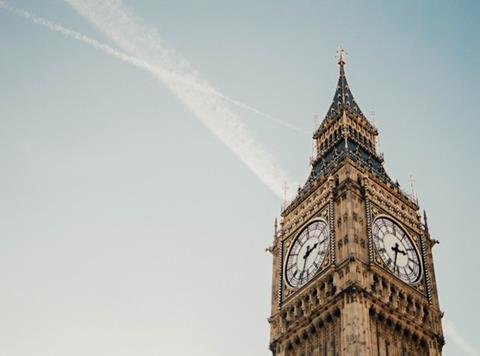 Plastic tax, packaging regulations, DRS… UK and Scottish government must hold fire on these initiatives and concentrate on getting the best Brexit deal for Britain

Since the UK voted to leave the EU in 2016, we have been working with the UK and Scottish governments to understand what this will mean for the food and drink industry. A deal is now on the table, but since the Prime Minister gained the approval of her cabinet there have been resignations. This deal needs to be approved by the UK parliament – but with the events over the past few days who knows what will happen next. We still have no real clarity on how our food and drink companies will be affected in key areas such as workforce, trading, market access, food safety and regulation.

Despite this, our members have been preparing for Brexit as best they can. Guidance from governments has been welcome, but of limited practical use. Contingency planning around the possible outcomes for a deal between the UK and EU is very costly. In fact, one of our members has estimated that the staff time and resources invested in trying to understand potential outcomes has cost them £100k to date. In the UK 97% of food and drink manufacturing businesses are SMEs – many of these companies don’t have the people, resources or money to do this kind of preparation.

As part of contingency planning, some of our members are reviewing their stock to ensure they have enough supply to ship before the end of March 2019. Much of this stock will be produced with the assumption it will be sold – which may not be the case. This is costing companies several hundreds of thousands of pounds in storage costs. Other companies may not be able to stockpile as there is a shortage of warehousing capacity in Scotland and the rest of the UK.

Trade is one of the most important parts of the future deal between the UK and EU. If we don’t have a trade deal the UK would be subject to World Trade Organization (WTO) rules and tariff rates. Present WTO tariff rates on many agri-food products goods will exceed the profit margin a company makes. Since the EU is an important export market for many food and drink companies across the UK this would be disastrous for our industry.

WTO rules and tariff rates would also apply to ingredients and materials being imported from the EU into the UK. Around half of all the food we eat in the UK is sourced from abroad, 70% of that from the EU. The weakening of the pound against other foreign currencies, but most importantly the euro and the US dollar, is resulting in increased costs of purchasing ingredients, packaging and equipment. One of our members sources 30% of ingredients and packaging from Europe and the rest of the world and has seen a sharp increase in raw material and packaging. This is before we have even left the EU. It is vital that a trade deal with the EU is agreed soon. Changes to customs arrangements at ports such as Dover could mean delays to perishable food and drink consignments.

Click here to register for The Grocer’s free Brexit webinar

It remains unclear whether the UK government will get a deal in place before the exit date. A no-deal Brexit will threaten jobs and potentially cause food shortages. Yet that isn’t all our sector has to cope with. On top of that there are a huge number of policy initiatives and regulations coming from Holyrood and Westminster on areas such as diet, health and plastics. This includes both Scottish and UK governments consulting separately on restricting promotions of food and drink products – which could mean companies have to comply with two different sets of regulations. The Scottish government has consulted on the design of a deposit return system (DRS) for drinks containers in Scotland and the UK government announced it would consult on a similar system for England. Can you imagine having different systems in place in Scotland, England and other devolved nations? The UK government is also proposing a new tax on plastic packaging as well as changes to packaging and waste regulations. This list is not exhaustive and is already overwhelming for food and drink companies.

With that in mind, for as long as a no-deal Brexit remains a possibility it cannot be simply ‘business as usual’. The time is fast approaching when the UK and Scottish governments must ‘stop the clock’ on other policy initiatives and concentrate on getting the best possible Brexit deal to ensure our vital industry continues to thrive.

David Thomson is CEO of Food and Drink Federation Scotland