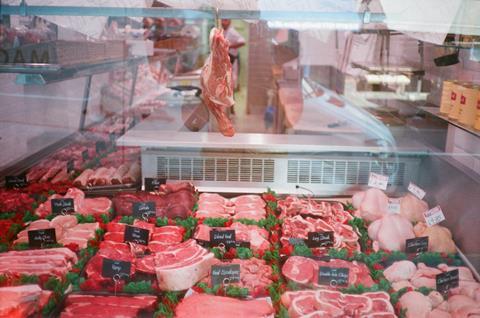 With lorry queues mounting in Kent, Britain’s meat industry is left grappling with the botched implementation of post-Brexit customs checks. While an increase in red tape was to be expected, with new requirements and certification checks, the government’s failure to plan for these events has caused debilitating delays. A lack of clarity has led to varying interpretations and applications of the rules, with reports of waits as long as 20 hours for inspector checks, and, ultimately, the loss of significant quantities of goods.

The government must act quickly to rectify its mistakes. Much of the difficulties are a result of the adoption of archaic methods, such as a paper-based customs and certifications system. Digitising the newly introduced Export Health Certificate (EHC) would make the process more efficient and relieve vets of this administrative burden. Furthermore, addressing key issues such as the specification of the delivery vehicle registration number – which is often unknown until the last moment – would ease some of the headaches.

Confronting the issue of groupage must also be on the government’s agenda. UK haulage firms have ceased taking grouped loads due to the badly implemented customs system. This has been detrimental for processors, prohibiting their ability to make daily deliveries of a smaller but wider range of stock. The government must act quickly to prevent this from becoming part of the ‘new normal’ trading agreements, or risk failing British companies.

Indeed, British companies are bearing the brunt of government chaos. While we welcome the UK’s acquisition of third country status, small businesses have been hit by the restriction of goods. They also continue to face difficulties with outsourced delivery companies, with many now refusing to deliver meat products or products of animal origin.

The government must not abandon the independent sector. Rather, it should provide support for small businesses and abattoirs upon which the rural economy relies. Through a reduction of VAT rates, the government could alleviate the industry’s financial pressures and boost the rural economy. Failure to do so could force producers to reorganise their supply chain, and, ultimately, move their product away from the UK with significant detrimental consequences to a sector integral to our economy.

Equally, we should not ignore the role the European Union has played in aggravating border frictions. The UK is experiencing considerably higher sanitary and phytosanitary (SPS) measures than other third country exporters to the EU, with 30% of all UK consignments being checked. This contrasts with the 1% rate enjoyed by New Zealand.

The growing hostility shown by our European neighbours, most notably during the recent vaccine debacle, demonstrates the urgent need for the UK government to use the commitments upheld in the EU-UK Trade and Cooperation Agreement to investigate what is required for smoother trade. The establishment of a joint committee or customs group with the European Union would help to reassess the ailing customs system and tackle the non-tariff barriers currently placed on EU imports and exports. Crucially, the government must commit to a more collaborative and streamlined process for SPS eligible goods and animal trade with the EU that requires fewer physical checks. It must also take firm action to ensure border friction does not lead to longer-term damage to the meat industry.

Political will and concerted action are required to ease delays and to promote a post-Brexit customs system suited to the UK’s integrated, just-in-time supply chain. Without action, the bumps in the road will only get bigger and risk impinging on the country’s post-Brexit future.