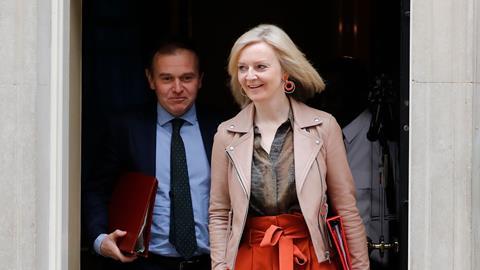 The Commission has been made a permanent statutory body

A “landmark moment” or a “small step”? Mixed assessments followed the government’s concession this week to turn the Trade & Agriculture Commission into a permanent, statutory body.

The change will allow the commission to scrutinise each trade agreement for its impact on animal welfare and agriculture, and turn its recommendations into a report for Parliament, which will in turn have a 21-day scrutiny process to consider the recommendations.

“MPs won’t have the ability to scrutinise the negotiations properly. It’s too late”

But not everyone is as convinced of its significance. For starters, while the Trade & Agriculture Commission should be able to issue a report on each deal, it can only do so once the negotiation is complete and a deal is in place. Secondly, while Parliament will have sight of any trade deal alongside the commission’s report, what if it doesn’t like what the government has signed the UK up to?

“MPs won’t have the ability to do anything about that. It’s too late,” says Nick Dearden, director of Global Justice Now. “They won’t have been able to scrutinise the negotiations properly, and won’t be able to stop the trade deal coming into effect.”

Putting aside doubts over the significance of the commission, there are also still questions over details that will determine its ability to effectively scrutinise any deals.

The first is membership. “The commission is currently a representation of views from farming and the food sector and a couple of other areas, and its working groups cover a much broader range of interests,” says Nick von Westenholz, NFU director of trade and business strategy. “That’s fine for the job at the moment, but you may want a different approach for carrying technical assessments of the terms of a trade deal.”

Take the UK-US trade deal, which campaigners fear would lead to a flood of cheap food imports produced to lower standards. Writing in the Mail on Sunday last weekend, trade secretary Liz Truss and environment secretary George Eustice sought to assuage these fears, stating: “Chlorinated chicken and hormone-injected beef are already banned in the UK and we will not negotiate to remove that ban in a trade deal.”

It was the most explicit statement yet from ministers, but David Henig, director of the UK Trade Policy Project, believes it still leaves room for ambiguity. “If they say ‘we will not negotiate chlorinated chicken in a trade deal’, well, that’s not how it works. You’re not necessarily negotiating on it in the trade deal. There’s just an expectation from the US that the UK will make it legal.”

Indeed, trade deals do not usually hold explicit statements on specific products or their production standards like ‘chlorinated chicken’. Instead, they often just contain standardised language on aspects like sanitary regulation. If the commission is to see through the technical language contained in any agreement in order to truly grasp its implications, the choice of members will be vital.

So while this is undoubtedly the biggest win so far for the high-profile campaign led by the NFU, there is still a long way to go to protect UK food standards. A permanent Trade & Agriculture Commission paves the way for enhanced transparency in post-Brexit trade deals, but is a far cry from the blanket ban on food imports produced to standards that are illegal in the UK many campaigners and MPs still want to see.