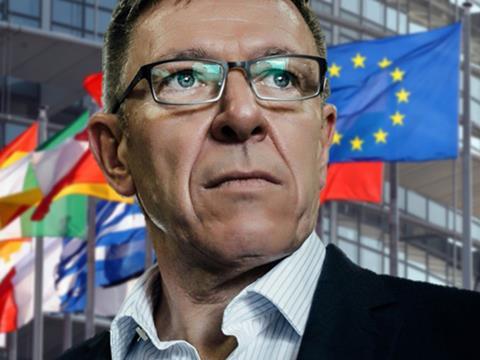 Juxtaposed borders are used at Dover and Calais for immigration purposes

A UK logistics expert is going to Westminster to propose a “simple and effective” solution to the Irish border conundrum.

Robert Hardy, commercial director of Oakland Invicta and former director of P&O Ferries, Eurotunnel Plus and Motis FSA Dover, has drawn up a proposal based on juxtaposed borders, which he will present to “an MP who is a member of the ERG” later this month.

“We have discussed our proposal with Irish logistics operators, producers and shippers, north and south of the border, and everyone has said ‘that’s beautifully simple and effective’,” said Hardy. “Encouraged by the positive responses we received, we have informed UK government of our plans and have been called to a meeting in Westminster towards the end of January to present our case.”

Juxtaposed borders, such as those used at Dover and Calais for immigration purposes, could be used to control cargo entering the island of Ireland at ports in Dublin and Belfast, thus eliminating the need for a land border on the island of Ireland, Hardy told The Grocer.

At Belfast, on arrival from the UK by ferry, trucks would have the option to turn right for Northern Ireland, where they would face no controls, or left for the Republic of Ireland, and border controls. Coming from the EU, the reverse would apply. “And then you repeat that process in Dublin. So it’s only a border if you want it to be a border,” said Hardy. “To me it’s the same as the border in the Irish Sea but you’ve put it on land and made it reciprocal.”

Hardy decided to approach MPs in Jacob-Rees Mogg’s European Research Group (ERG) with his proposal because they “seemed a bit more motivated to solve the problem”.

It comes as the deadlock in parliament over the Irish backstop continues. Speaking in the House of Commons on Monday, Theresa May admitted there were still two “core issues” with the arrangement: “the fear that we could be trapped in it permanently; and concerns over its potential impact on our union if Northern Ireland is treated differently from the rest of the UK.”