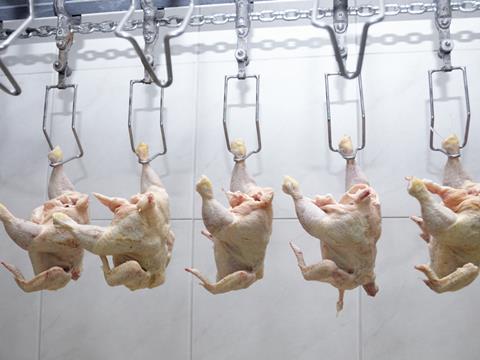 The British Poultry Council has welcomed an apparent u-turn by Liam Fox over potential chlorinated chicken imports after the international trade secretary conceded the British public would not accept the diluting of welfare standards.

Fox has previously suggested he believes chlorine-washed chicken is safe to eat, and told the Commons International Trade Committee last week he saw no issue with the British public consuming chlorinated chicken as long as it was proven safe.

But speaking on Tuesday’s Radio 4 Today Programme, Fox said the government had made it “very clear we are not going to see reductions in our standards as we move forward, partly because British consumers wouldn’t stand for it”.

He had been responding to a question about US commerce secretary Wilbur Ross, who said on Monday that any post-Brexit trade deal with the US could potentially hinge on the UK dropping its opposition to imports of US chicken washed in chlorine, and genetically modified food.

Fox added: “We are entering an era where people will take a much bigger interest in trade agreements than they might have done in the past. On environmental standards, quality and safety, they will clearly have very strong views.”

His softening in rhetoric was applauded by British Poultry Council CEO Richard Griffiths, who welcomed Fox’s acceptance of the need “for a wider consultation before signing any new trade deals”.

Talks around US chlorine-washed chicken entering the UK market had shown a lack of coherent government safeguard for UK food and farming, and risked eroding domestic supply chains as well as the farm-to-fork model of transparency prized by consumers, Griffiths added.

“Brexit is an opportunity to enhance rather than diminish British food values that secure not just affordability and availability for the people but stand up for the quality of our food,” he said. “A secure post-Brexit deal must be about Britain’s future food security and safety. It is a matter of our reputation on the global stage.”