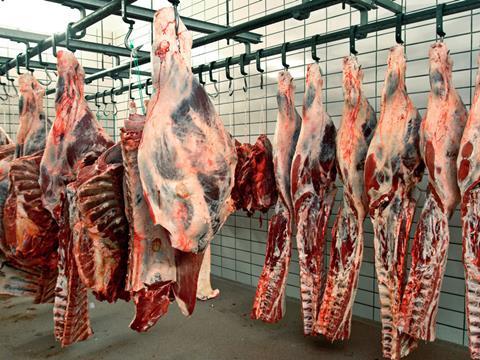 The prospect of a no-deal Brexit has led to a surge in stockpiling by beef processors and wholesalers, with some building up buffer stocks of up to two months.

Concerns over potential supply shortages meant cold stores across the country were now filling up with beef, according to AHDB analyst Tom Forshaw. The stockpiling of manufacturing beef in particular was also leading to higher demand across Europe, he said.

“A lot of our customers have been building up buffer stocks of six to eight weeks,” said one major meat importer that supplies beef from Ireland, the Netherlands, Poland and Germany to major retailers, manufacturers and wholesalers. British Meat Processors Association CEO Nick Allen said “we’ve been encouraging businesses to prepare for no-deal, so it should come as no surprise they are doing exactly that”.

Some suppliers were even talking to buyers about plans to “switch from fresh beef supply to frozen” in the event of no-deal Brexit, added Promar head of agrifood Lisa Williams.

However, efforts to build up stock were being hampered by a lack of frozen warehouse capacity, with Food Storage and Distribution Federation CEO Shane Brennan warning third-party frozen storage was “absolutely full”.

This had been exacerbated by the fact “there is already a lot of beef knocking around in the system”, suggested one meat industry source, due to increased slaughter throughput following last year’s drought.

A lack of storage space was now a “major issue” for the sector, the meat importer added, while there was also a shortage of hauliers to deliver from port to factory.

“Boats are leaving UK ports half-full as there’s no one to take the product,” the source said. “We even had to send some product to Ireland before bringing it back here.”