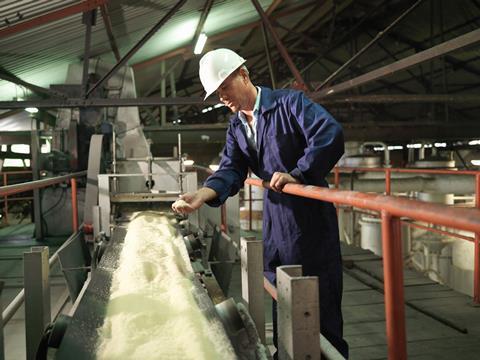 White sugar could face a tariff of €150/tonne

Post-Brexit tariffs on sugar could put the squeeze on food processor margins, importers have admitted.

Under the UK’s temporary tariff schedule, which was published this week and would apply for 12 months in the event of a no-deal Brexit, white sugar would face a tariff of €150/tonne.

That would add 15% to the cost of EU white sugar imports, which currently account for a quarter of the sugar consumed in the UK and are primarily used in food manufacturing.

The UK’s tariff rate for white sugar was lower than the EU’s of €419/tonne, but would “still result in considerable additional costs for food and drink producers and consumers, as the UK is a net importer of sugar” said Guillaume Planque, head of product management, sugar & sweetening solutions at Tereos.

“We believe that post-Brexit it is vital that free and frictionless trade between the EU and the UK is maintained in order to protect UK sugar supply,” he warned. “This is key to ensuring the continued competitiveness of the market.”

Ruth Day, head of advocacy and communications at British Sugar, agreed manufacturers buying sugar from the EU would “face some price rises,” though she claimed end prices for consumer goods were “unlikely” to be affected.

The UK would also charge a tariff of €33.9/100kg on raw cane sugar in the event of a no-deal Brexit, but would implement a 260,000-tonne tariff-rate quota for the commodity. This tariff-free quota would be open to any country, giving the UK “improved access to a wider range of suppliers”, said Tate & Lyle senior vice president Gerald Mason. It could eventually be used to replace EU white sugar imports, he suggested.

But Mason admitted the TRQ might not be big enough to prevent price rises unless the government rolls over free-trade deals with countries that currently have tariff-free access to the EU.

“If existing FTAs with regions such as the Caribbean and southern Africa are not rolled over soon then proposed duty-free TRQ would need to be made larger, otherwise consumer price impacts would follow,” he said. “But we are confident the government understands that.”