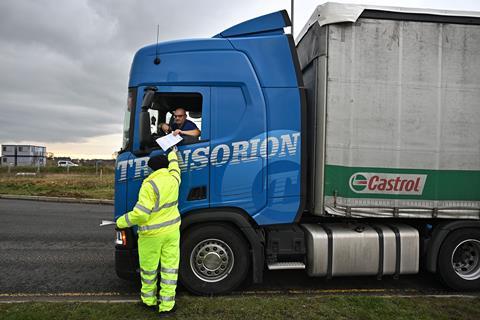 The UK government has confirmed it will postpone checks on food imports from the EU in order to give businesses more time to prepare.

The checks were meant to be phased in from April and July 2021 under plans outlined last year. However Cabinet minister Michael Gove confirmed on Thursday these would now be delayed further.

Import declarations will be pushed back from 1 April until 1 October, while physical checks will be delayed until 1 January 2022. Full checks will be in place from March 2022 when border checks would begin on live animals and low-risk plants and plant products.

Gove said that although ”we in Government were confident of being ready on time, we have listened to businesses who have made a strong case that they need more time to prepare”.

Ports in particular had been sounding the alarm that the full range of checks would begin too soon, with many border control posts not expected to be ready until the early autumn. Richard Ballantyne, CEO of the British Ports Association said the delays were “excellent news.”

“We had asked the government to consider this extension and so are delighted that Ministers have acted.

Andrew Opie, director of food and sustainability at the BRC, said the delays came in the “nick of time” as many of the key border control posts are still “little more than a hole in the ground.”

The government has shown itself to be wary of empty supermarket shelves in recent months, initiating plans in January to prioritise lorries supplying retailers in the case of delays. Defra said in its plans that the just-in-time nature of UK food supply chains made them “inherently susceptible to delays.”

Opie said the move will “ultimately reduce the impact on consumers from the 1st April, who might otherwise have seen empty shelves for some products.”

Shane Brennan, CEO of the Cold Chain Federation, said businesses would “breathe a sigh of relief” that the prospect of additional red tape and uncertainty had been delayed until later in the year.

It has alleviated concerns that the arrival of full imports checks would coincide with the reopening of pubs, restaurants and cafes after lockdown which looks set to place immense strain on supply chains as they to react to unpredictable customer demand.

Brennan warned, however, that the delays to import controls would add to the “ongoing unfairness” to UK exporters who faced a hard border to get goods into Europe “while their equivalents continue to benefit from de facto unfettered access to their domestic market”.

Some exporters believed the UK would use the threat of reciprocal checks to encourage the EU to ease its checks. Brennan said: “It is not clear how this action will give the EU an incentive to be more willing to discuss ways to reduce the burdens on UK exporters.”