Will farmers sit on the fence over Brexit? 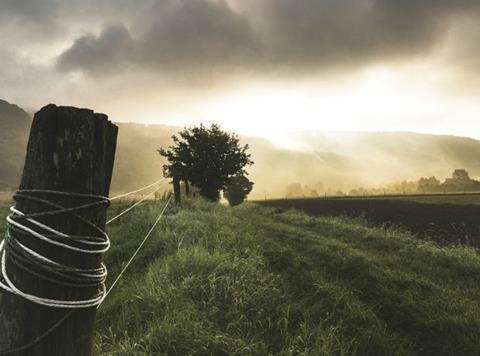 All eyes have been on the NFU Council today as it meets at Stoneleigh Park to make a decision on whether or not the union – which represents over 50,000 UK farmers and growers - should take a position on Brexit. And presumably, if they decide to take a stance, whether the NFU will fight for or against an EU exit.

Farming is one of the sectors – if not the sector - that has the most to lose or gain from the EU referendum. The viability of many UK farms is closely tied to EU subsidies and access to global markets.

But so far it has been hard to gauge what the general consensus on Brexit is among the men and women on the ground, so to speak.

AHDB chairman Peter Kendall (a former NFU president) and a number of other industry leaders have joined a campaign to remain in the EU, warning Brexit would be too risky for UK farmers. UK farming minister and renowned Eurosceptic George Eustice, on the other hand, is backing the leave campaign and claims many farmers would welcome the end of subsidies and freedom from Europe’s red tape.

Judging by some of the comments popping up on my Twitter feed, it is a real mind over heart matter for many UK farmers, whose political instincts are inclined towards leaving the EU but who are also afraid of the impact Brexit could have on farm subsidies and export markets.

The NFU itself seemed to confirm these fears with a recent report that concluded leaving the EU could hit farm incomes and push up food prices, although it pointed out these scenarios would very much depend on the precise policy position adopted by the UK government in the case of a Brexit.

Since then, David Cameron has pledged to continue to support farmers financially if the UK leaves the EU. This is likely to give those leaning towards a leave vote more confidence, although much remains up in the air and Defra has still not come up with any definitive ‘Plan B’ for farm subsidies or, it seems, trade.

Given the size and importance of the UK farming sector, the NFU would be a powerful ally for whichever side of the debate it comes down on. Whether it will choose to campaign, however, will also depend on a mandate from its members. And as the recent experience of the Food & Drink Federation has shown, getting such a mandate can be easier said than done.

It’ll be fascinating to see if the farming sector is united enough to take a stand, or will join the food manufacturers on sitting on the fence.