Brits buying just a third of recommended amount of veg 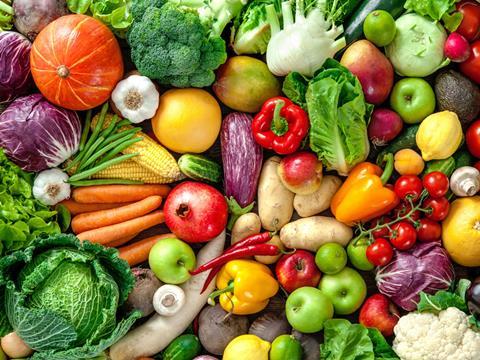 According to Public Health England’s Eatwell guide, 20% of an adult’s daily diet should be vegetables. However veg make up just 7.2% of the average shopping basket by weight, according to the think tank’s analysis of Kantar sales data.

Scottish baskets fared the worst, comprising just 6.6% of vegetables, followed by Wales at 7.1%. English consumers bought the most veg, at 7.3% of their baskets.

The new toolkit includes suggestions for convenience retailers and supermarkets to boost veg sales, such as siting them with other ambient cooking ingredients.

“Education programmes designed to get people to eat more veg have had limited success,” said Food Foundation director Anna Taylor. “That’s why we are publishing a new online guide, packed with ideas for retailers, big and small, to increase their fresh, frozen and tinned veg sales.”

According to Food Foundation research, centre-of-aisle traffic interruptor displays have been shown to increase sales of overlooked veg by 400% in Denmark, whilst giving fruit & veg a descriptive name such as ‘Dorset Cherries’ or ‘Crisp Carrots’ can increase sales by 16%.

The toolkit is part of the Food Foundation’s Peas Please initiative, which seeks to reverse declining vegetable consumption by bringing together all parts of the supply chain.

The findings come as a separate survey found the number of consumers planning to eat more fruit & veg has fallen in the last year, amid perceptions that produce has become too pricey. Only 28% of shoppers plan to eat more this year, according to the Grocery Eye 2017 survey by Future Thinking, a decline on the 32% of consumers who ate more fresh food over the last 12 months.

Rising prices was the chief reason given by British consumers for not buying healthier food. Over half (54%) said that making healthy food cheaper would be necessary to encourage them to eat more healthily.

A survey of 48 fruit & veg lines stocked by the multiples found prices were down on 24 lines this week compared with the same week last year; 22 had gone up while two had remained the same.