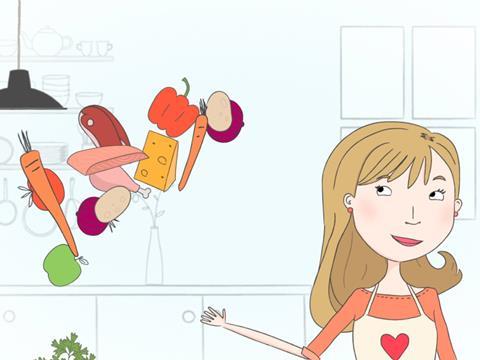 Annabel Karmel will launch its first-ever TV campaign on 21 July, while Little Dish is running a social media push ahead of the first birthday of royal baby Prince George on 22 July.

The 30-second animated Annabel Karmel ad will make its debut on TV channels Disney Junior, Nick Junior, Nick Junior 2 and Tiny Pop, and tells the story of how brand founder Karmel catered for her “ultra-fussy” toddler. It features the slogan ‘For a great start in life’.

“We don’t have anywhere near the level of marketing spend of our bigger competitors, but recognise the importance of marketing to draw customers in,” Karmel told the Grocer. “Parents may not be aware of our toddler meals as they are situated in the chilled aisle where there is limited signage.”

The month-long campaign will be supported with digital advertising on Facebook.

Meanwhile, rival Little Dish has been involved in activity ahead of Prince George’s birthday on 22 July in its quest to become “synonymous with turning one”.

A limited-edition British Lamb Hotpot featuring on-pack images of a toddler wearing a crown rolled out in Asda, Ocado, and Waitrose in May and Tesco last month. The meal has become the second-most popular in the range, according to Little Dish founder Hillary Graves, and is likely to be added to the core line-up.

Little Dish also produced a two-minute First Birthday film on its Facebook page this month to showcase special moments shared between parents and their babies, and held a Britmums Twitter party on 2 July under the hashtag #LittleDishfirsts, which generated 4.8 million social impressions. Graves added: “The campaign will run through the birthday next week and the remainder of the summer.”