Brexit 'likely to lead to a fall in farmgate prices', according to NFU research 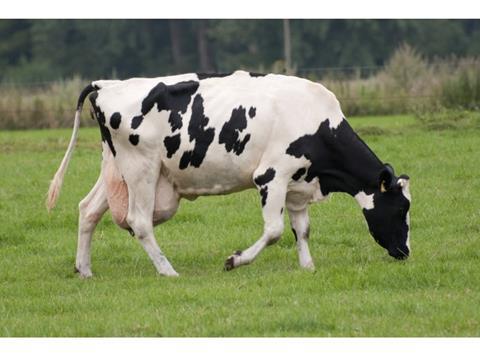 A Brexit could further push down UK farmgate prices in a number of sectors including meat and dairy, and potentially threaten UK supplies, research commissioned by the NFU has warned.

A modelling of possible post-referendum scenarios by the LEI agricultural research institute at Holland’s Wageningen University for the NFU, warned a vote to leave the EU would likely have a “significant impact” on the UK agricultural industry, and played out three possible post-Brexit scenarios: a free trade agreement between the UK and EU; adopting the World Trade Organisation’s default position; and a UK trade liberalisation scenario, in which Britain would reduce external import tariff rates across the board by 50%.

Researchers said the trade liberalisation scenario could benefit consumers through reduced prices for products currently protected by higher tariff levels set by the EU, with the added bonus such an approach would be easier to implement than seeking free trade agreements.

However researchers also warned such an agreement would likely push down meat and dairy farmgate prices because lower tariff protection would open the door to more global competition. This could eventually push the already under-pressure sectors into further decline and lead to a decrease in self-sufficiency.

While pushing farmgate prices up and stimulating domestic production, such scenarios could lead imports to become more expensive due to trade costs and could - under the WTO agreement in particular - lead to higher tariffs to pay to trade with the EU, a position in contravention of global trends for a more open agricultural trade and the stated aims of many who advocate a Brexit.

“The modelling work is limited to what can be quantified,” said NFU director general Martin Haworth. It did not consider what the impact would be if the UK government decided to cut the level of regulation faced by the agri-food industry or what would happen to demand for British produce if some food manufacturers decided to relocate in order to remain in the single market, he noted.

However, some of the scenarios appeared to suggest “there could be serious risks to farm income from leaving the EU,” he said, “while the results of others suggest there could be a more favourable outcome.”

“In the past our government has been a strong advocate of open and free trade, it has called for tariff protection across all farm sectors to be reduced and it has called for the abolition of direct support payments made through the CAP,” Haworth said.

“The real questions to be asked and considered ahead of the referendum are political rather than economic. What would the UK government’s position be on international trade and its impact on the consumer price of food, and how would it ensure British farmers are treated fairly?”